Incredible ECHC supporter Zahir  Iqbal completed a mammoth climb of Ben Nevis, accompanied by 50 friends and family, in memory of his daughter Raheen

Our wonderful supporter Zahir Iqbal recently completed a mammoth climb of Ben Nevis along with an incredible team of family and friends who together raised over £17,000.

Zahir’s daughter Raheen was diagnosed with Acute Lymphoblastic Leukaemia (ALL) in 2014 when she was just four years old. The impact on Raheen’s extended family, and younger brother Yahya, was devastating. Raheen underwent intensive chemotherapy and things looked to be improving. But unfortunately in 2018, she relapsed. Raheen then spent six months in hospital under the care of the doctors and nurses on ward 2 at the old Sick Kids before sadly passing away on 18 August 2020, aged 10.

Zahir says: “The support we received from the very first day on the ward was amazing, obviously there is a lot to take on board but the help from the doctors, nurses, social workers and charity staff was fantastic.

“We knew that the therapy plan this time would be more intense than before. Raheen battled through so many procedures and we thought that we were getting there. But in 2020, the doctors discovered more leukaemia cells and the world came crashing down again.

“It was suggested that Raheen undergo a different treatment plan called Car T-cell therapy. Unfortunately it did not work as planned and we had the joy of Raheen being with us for just a few weeks longer before she left us.

“We chose this challenge to raise funds for ECHC and Lochranza Ward as they helped us through both the difficult times and the happier moments of Raheen’s life. We saw a lot of different children coming in and out of hospital and all the while, the empathy and dedication shown by the various teams involved in caring for children with cancer was overwhelming. I felt that this would be exactly what Raheen would have wanted – to help other children having similar experiences to her.” 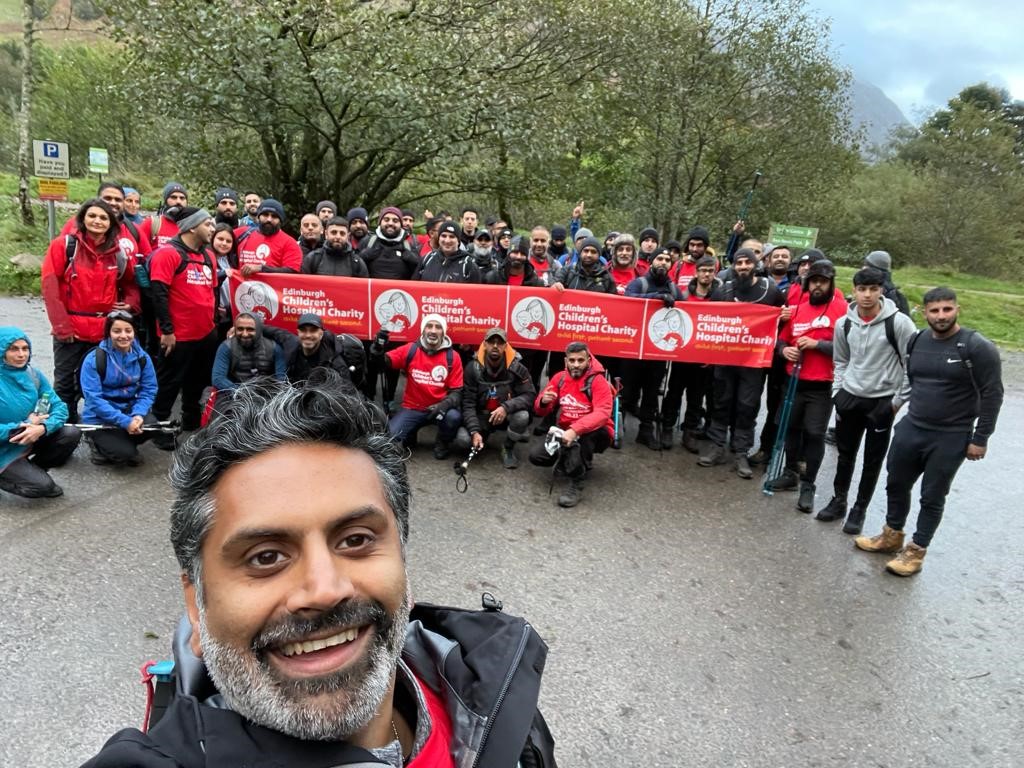