When Amelia was six months old, she suddenly became very wheezy and was rushed to the Sick Kids. After a two day stay, she was diagnosed with bronchiolitis – a common childhood virus. She was given oxygen and nebulisers to get her levels back up, and her family were able to take her home.

But just a few weeks later, it happened again, then again, to the point that Amelia was struggling to breathe and being rushed to hospital every month.

Mum, Lauren, says: “It’s terrifying to watch her not being able to breathe and being given oxygen.

“Over the past four years, the episodes have become more and more serious. She deteriorates quickly and is admitted to Critical Care or High Dependency for a week, each time requiring oxygen, nebulisers and steroids.

“She has had to have a tube down her nose to suction her lungs, which is so hard to see but I know it helps her. 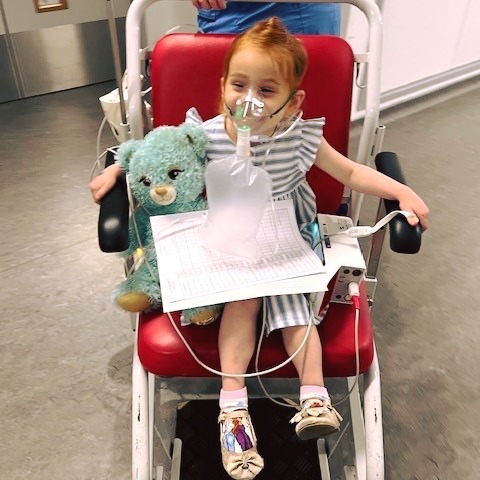 She is in hospital so frequently and it is mentally and physically exhausting seeing your child so unwell. 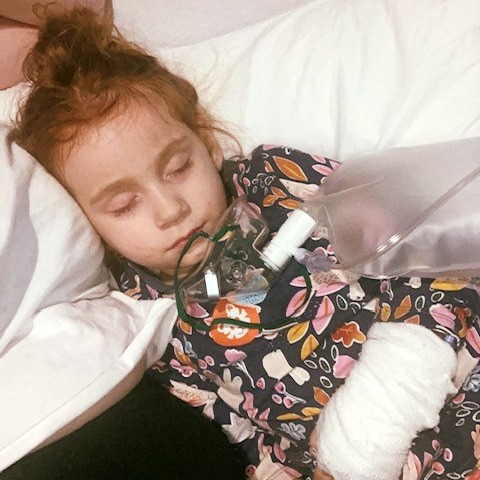 “Last month, she was finally diagnosed with asthma so we are hopeful that now we know what it is, she can start on some medication to improve her lungs.

“At home, Amelia is on a steroid inhaler twice a day, a Ventalin inhaler as required and daily medication. We have also been given some physiotherapy breathing exercises so we have fun making bubble volcanos and blowing cotton wool across the table.

“While I know we are one of the lucky ones and there are many others who have more serious issues than us, it can be a struggle. We obviously worry about her so much and I have had many cries at her bedside because it’s just horrible seeing your baby unwell and not being able to do anything about it. Every time she has an attack and we are rushed to hospital, it is terrifying.

“Thankfully, the ECHC and NHS Lothian teams are always there to make our visits much more bearable.

“Dr Mairi Stark is a godsend and puts us at ease, and the Castle Mae nurses are incredible. They are great at helping me administer Amelia’s steroids as she clamps her mouth closed (even though she says it’s yummy afterwards!). There have been many times when they’ve given me a big cuddle when I’m crying.

“The amazing ECHC team members who start up dance sessions, tell stories and make art also make it much less scary being in hospital. Last time we got to experience a live Samba band and it was so much fun dancing and drumming along from the ward playroom! Little things like that truly brighten the days.

“Amelia takes it all in her stride and is such a happy little girl. She is a superstar at wearing her oxygen mask and the nurses are always talking about how she lights up the room. I am so proud of her.” – Lauren, Amelia’s mum

You can bring fun, distraction and comfort to children like Amelia and their families to make their hospital journey that little bit easier by making a donation today. Thank you. 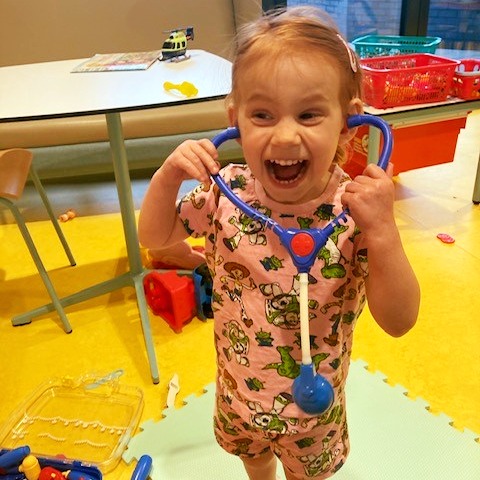