The first two hours of Evan’s life were spent fighting to survive and mum Danni was told that her boy may never be able to talk, walk or eat independently.

But now, at 14 years old, Evan is defying medical experts by walking and talking, and with his love of dancing!

Through our partnership with Dance Base, Evan has transformed the way he moves and loves to perform with instructor Christina.

Danni says: “I was given the news that every mum fears after giving birth – I was told that my baby wouldn’t make it. Doctors still can’t believe he is here but he is proving everybody wrong!

“Since beginning ECHC’s dance classes with Christina five years ago, Evan has come on leaps and bounds. His movements used to be quite stiff and robotic but now he moves much more fluidly. It has also helped him so much with his confidence and really brought him out of himself.” 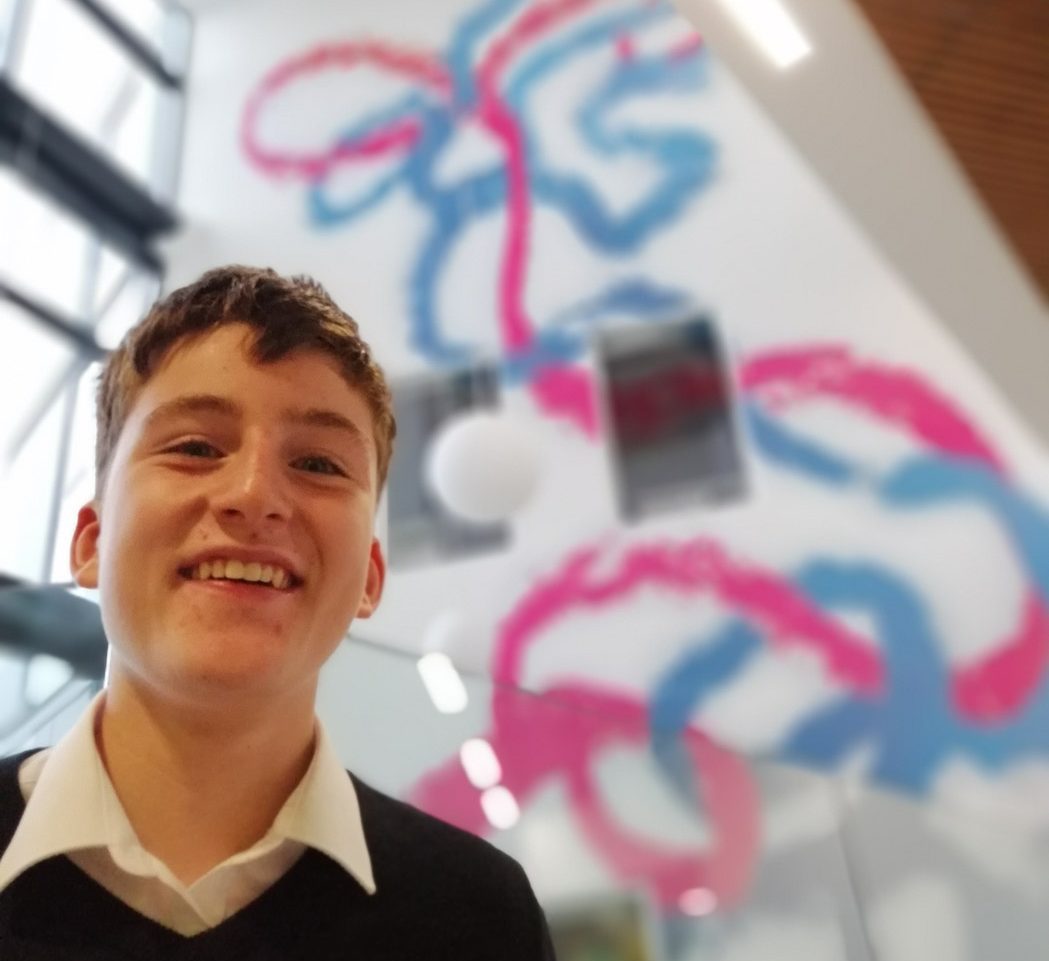 He just forgets everything when he dances and loses all of his anxieties – it’s wonderful to watch. 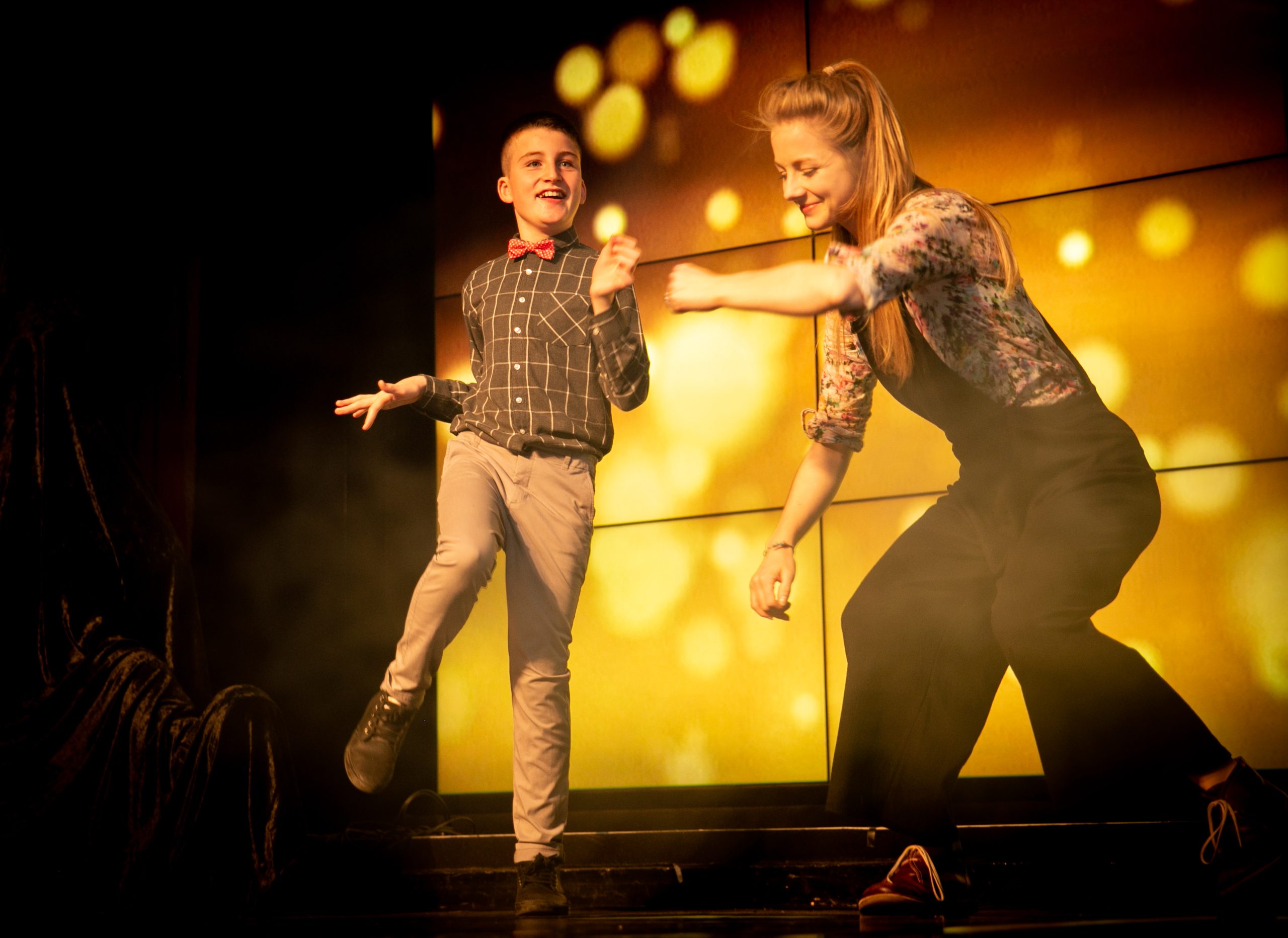 When Evan was offered the opportunity to have his dancing made into a piece of artwork to be installed at the new hospital, he jumped at the chance!

Evan and Christina wore sensors on their wrists and ankles which tracked their movements as they danced together. Their movements were digitalised and coloured, then transformed into the beautiful artwork that you can now see on entering the children’s hospital.

“He was so excited to take part in the making of the artwork with Christina and thinks the finished piece is the greatest thing ever,” says Danni. “When he first saw it, he wanted to take photos from every angle!

“Evan is my little miracle. I am so, so proud of everything that he has achieved and it’s just incredible that his artwork is now on display for people to see in the hospital forever.”

Thank to our incredible supporters, ECHC has funded over £3.1million of art and design enhancements at Edinburgh’s children’s hospital to give children and young people a positive experience. Evan’s artwork is just one of many beautiful (and often interactive) pieces you will see throughout.

Learn more about the transformation 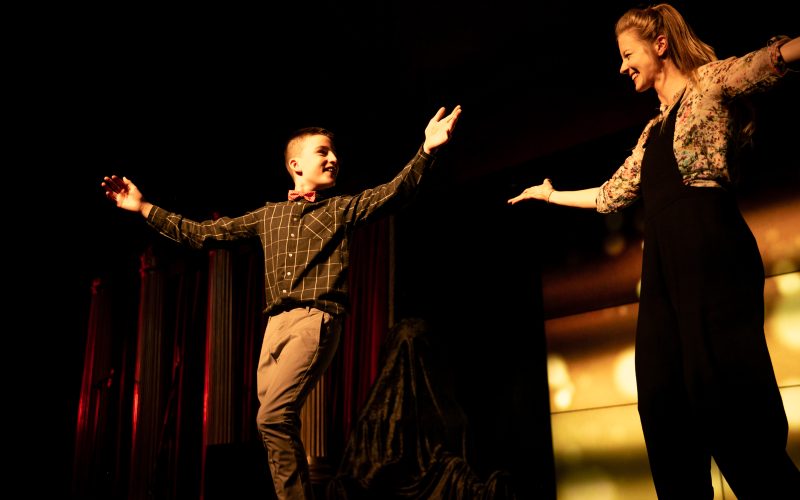 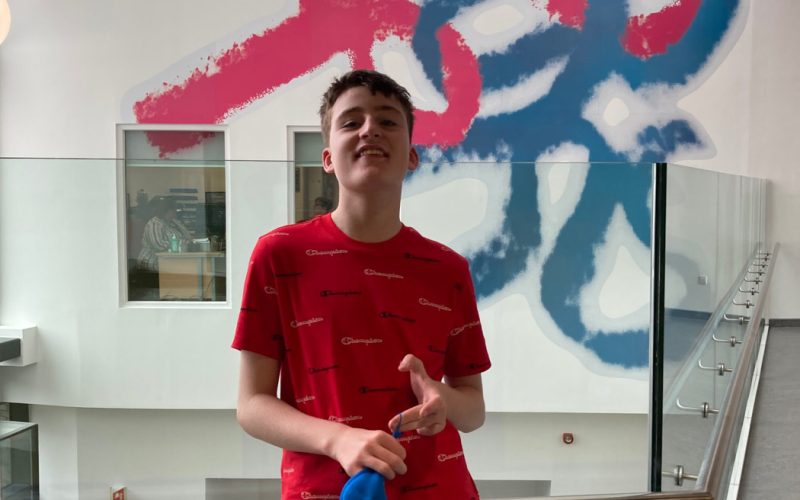 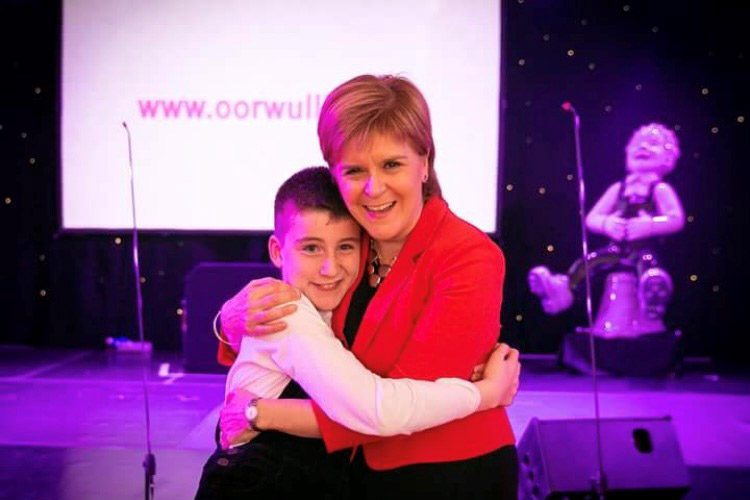 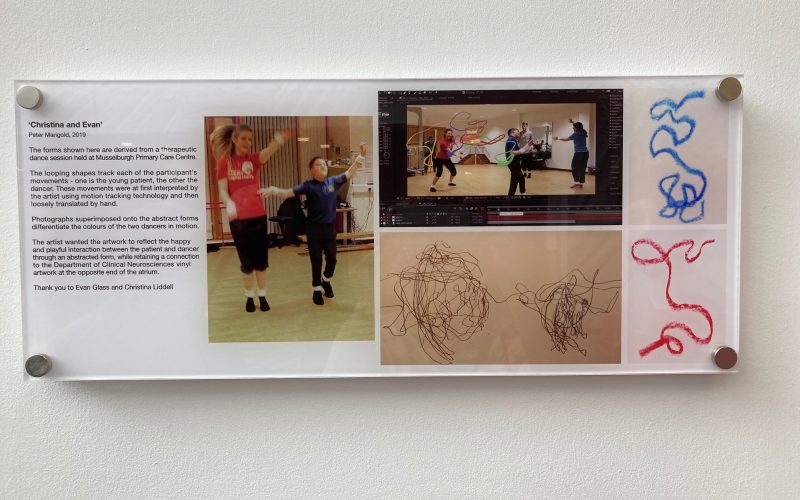