The biggest half marathon on the planet!

The Great North Run has been officially recognised by the Guinness World Records as the biggest half marathon on the planet!

Starting in Newcastle upon Tyne, the 13.1 mile route takes runners through the city centre towards the River Tyne where thousands of people will cross over the iconic Tyne Bridge. If you’re lucky, you might even get a glimpse of the Red Arrows passing overhead.

From there, runners will travel through Gateshead, being entertained by the many bands on the run. The route, lined by thousands of supporters, leads runners to South Shields, where the view of the sea is one of the most welcoming sights along the whole course.

We have five charity places available! Places are £50 and the minimum sponsorship to raise is £350.

If you have secured your own place, we would love for you to run for and support ECHC.

For more information, please contact Amy on 0131 668 4949 or email amy.russell@echcharity.org 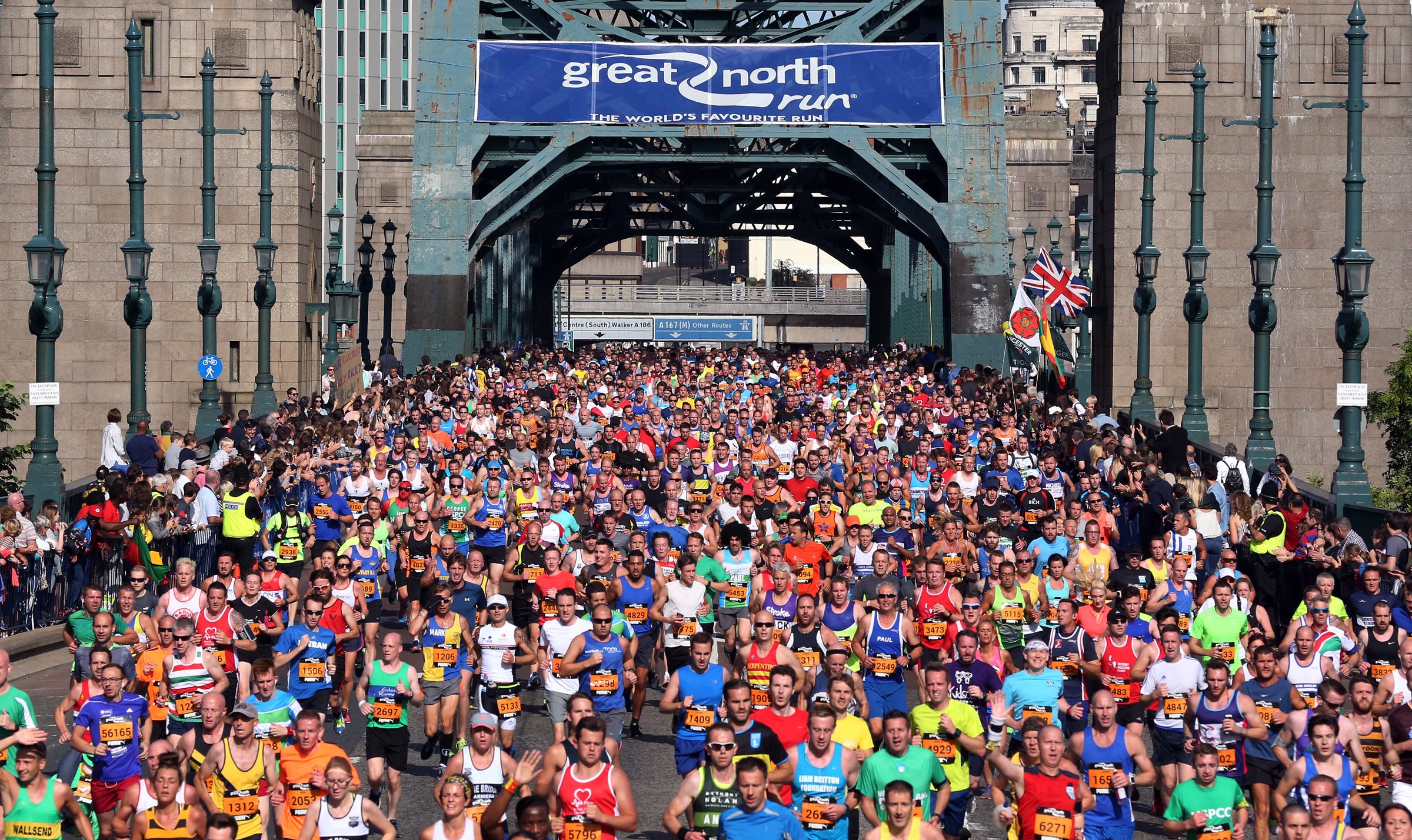 Know your Hearts from your darts?

A once in a lifetime experience!

Read more
See all our events
We use cookies on our website to give you the most relevant experience by remembering your preferences and repeat visits. By clicking “Accept All”, you consent to the use of ALL the cookies. However, you may visit "Cookie Settings" to provide a controlled consent.
Cookie SettingsAccept All
Manage consent