When Hector was born at 23 weeks, weighing just 655grams (1.6lbs), doctors said he may only live for one or two days. His parents were told to say their goodbyes.

But Hector defined the odds and in November, celebrated his first birthday.

He has spent 259 nights of his short life in hospital. He has hydrocephalus due to a bleed on his brain, chronic lung disease, retinopathy, a feeding tube and centralised sleep apnoea.

Mum Marie-Clare says:  “When Hector was born, we were told he would only be with us for a day or two and that we should prepare to say our goodbyes. For the first two months of his life, we were just focusing on getting to breakfast, then lunch, then dinner – praying he would survive.

“He spent 161 days in the Simpsons Neonatal Unit, then 98 days at the RHCYP, during which time he had 15 operations. Although we were able to take him home in September, we’ve had at least 25 A&E visits since then. 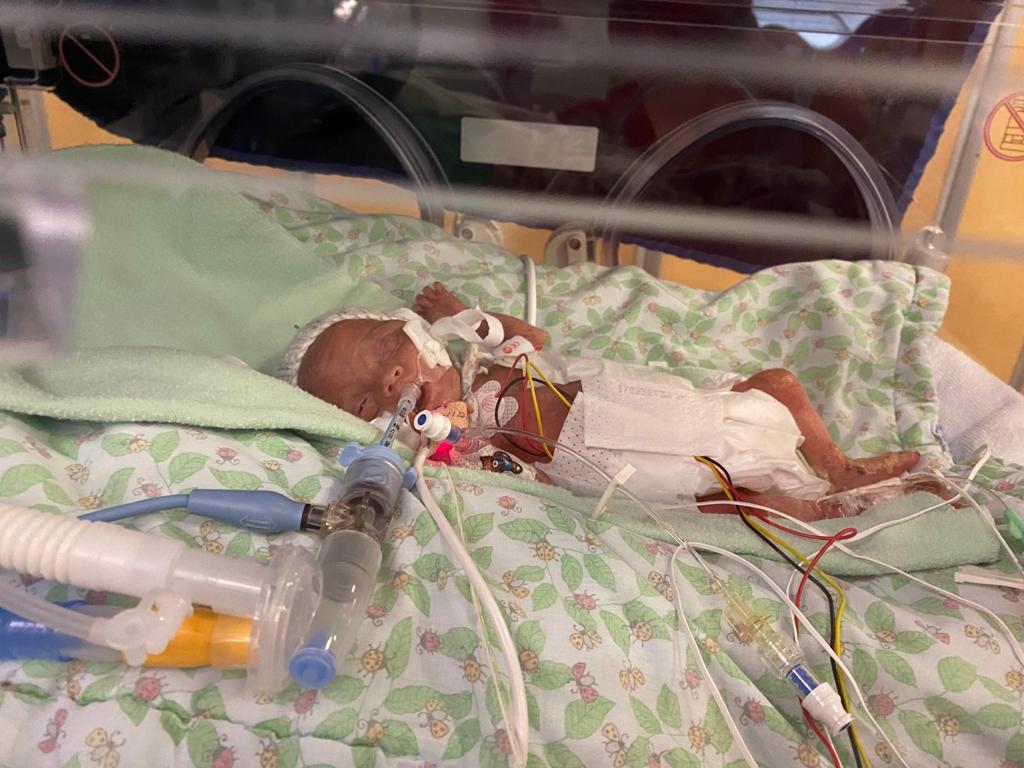 Dear Santa, this Christmas we just want Hector to be at home with us. 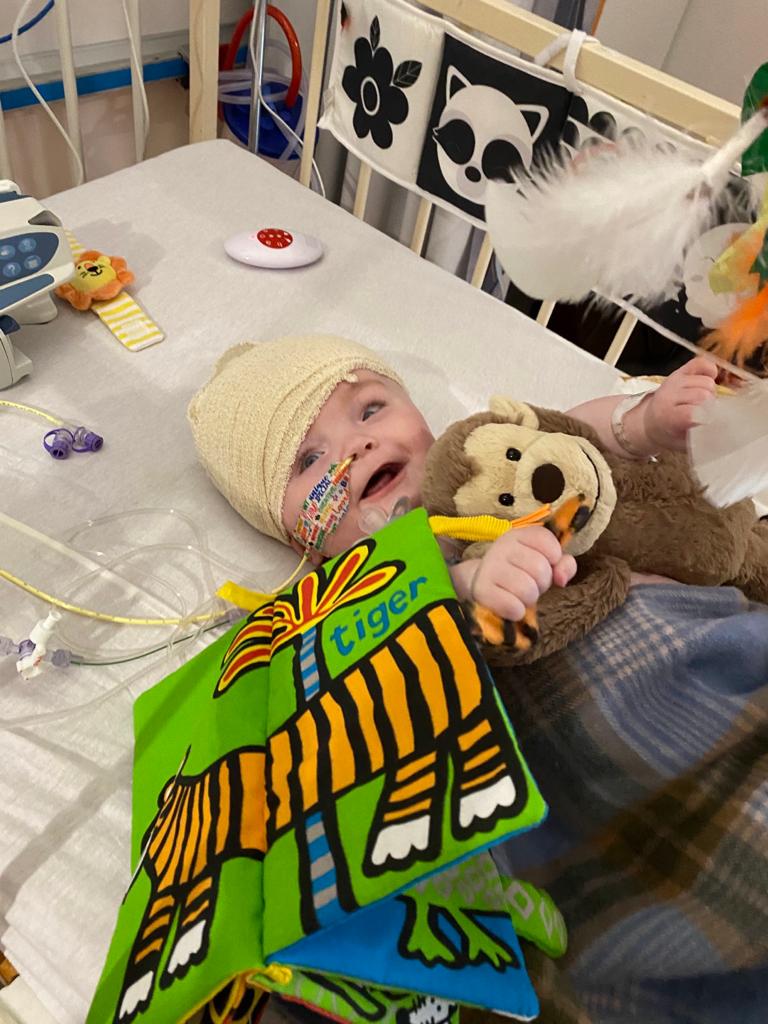 “The care and love we have been shown by everyone at the RHCYP has been outstanding. The doctors, nurses, domestics, physios, ECHC – everyone has been such a huge part of his journey. It’s like one big family. It’s thanks to everyone there that Hector is here with us this Christmas.

“Some days have been so difficult. He’s had drains coming out of his head and I’ve not been allowed to lift him but the care he has had at the hospital has been incredible.

“Hector loved when the people from the charity would visit to dance, sing and do Baby Sensory with him. One of the first times we saw him laughing was during a charity show, which was really special.

“It’s hard to imagine that this time one year ago we were standing by his cot in the neonatal unit, not knowing if he would survive the night. He was born at 01:14 so on his first birthday, we stood at his cot at that exact time and had a quiet moment, thinking how we are just so grateful he is here. We reflected on how he had made it and how we were the luckiest people.

“We decided at the beginning that even if we only had one day, 11 days or 111 days with him, we would make sure they were the very best days. It hasn’t been easy, but it has been the best year of our lives because Hector’s here.

“For Christmas, Hector would love a month with no trips to theatre, to spend time outside and go on adventures like the children in his story books, and to spend time with his Nana, Grandad, Granny, Uncles, Aunties and Cousins. We really hope we can have a big family Christmas all together this year.” – Marie Clare, Hector’s mum

Some letters will need more than Santa’s help this Christmas. Whilst you can’t stop their pain, you can deliver happiness. If you are able, please spare a little to help families like Hector’s facing a hospital stay this December. Thank you so much. 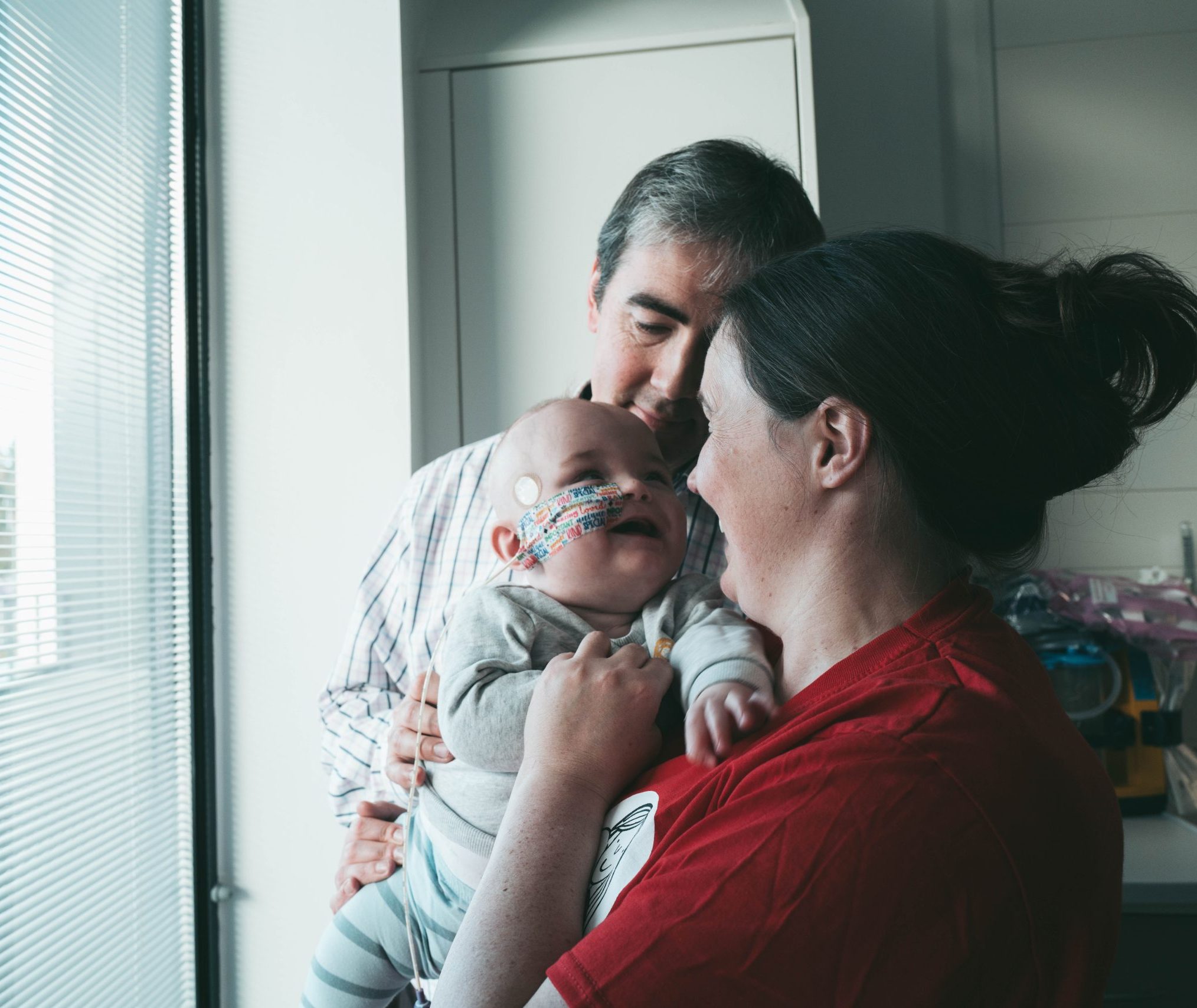