There were no signs that Leo was ill - then we were told he had a brain tumour.

When Leo (9)’s parents thought his eyes looked strange, they took him to the GP who sent them to A&E. Even then, they never imagined it could be as bad as it was.

Mum, Sarah, says: “Shortly after arriving at the hospital, we were told he had very heavy bleeding on his brain and needed emergency surgery right away. Our world turned upside down. The shock was indescribable. We just didn’t see it coming.

“A doctor rushed over with a form. ‘There’s no time to go through this with you,’ they said, ‘you just have to sign it otherwise he won’t make it.’

“The three hours that followed, while Leo was in surgery, were the worst of our lives. We were told he had a brain tumour and just one week after he first felt unwell, he began chemotherapy. 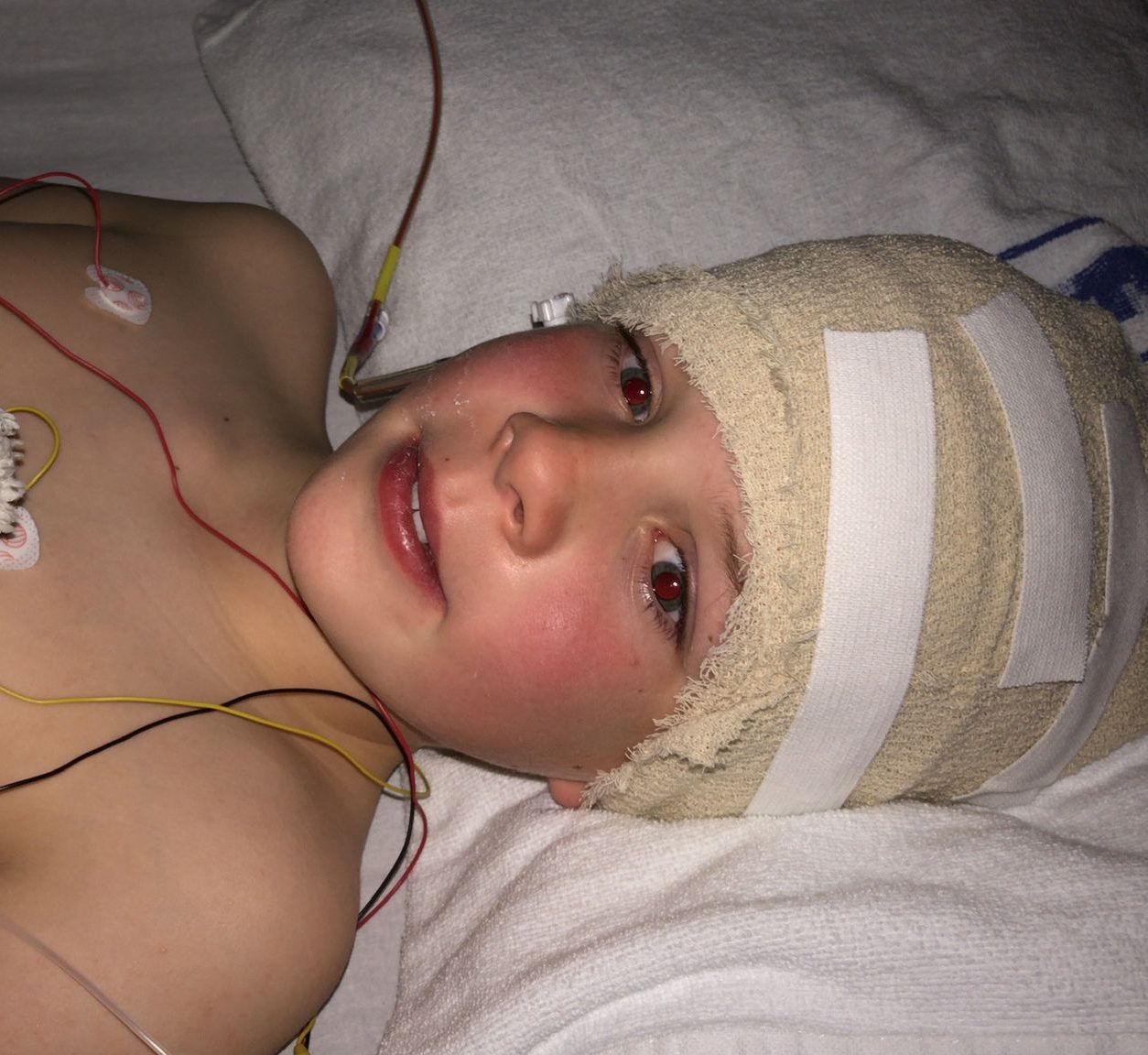 Before, I’d been worried about how he had done in a maths test. Now all I could think was ‘please survive’. When someone you love is so acutely ill, nothing else matters. 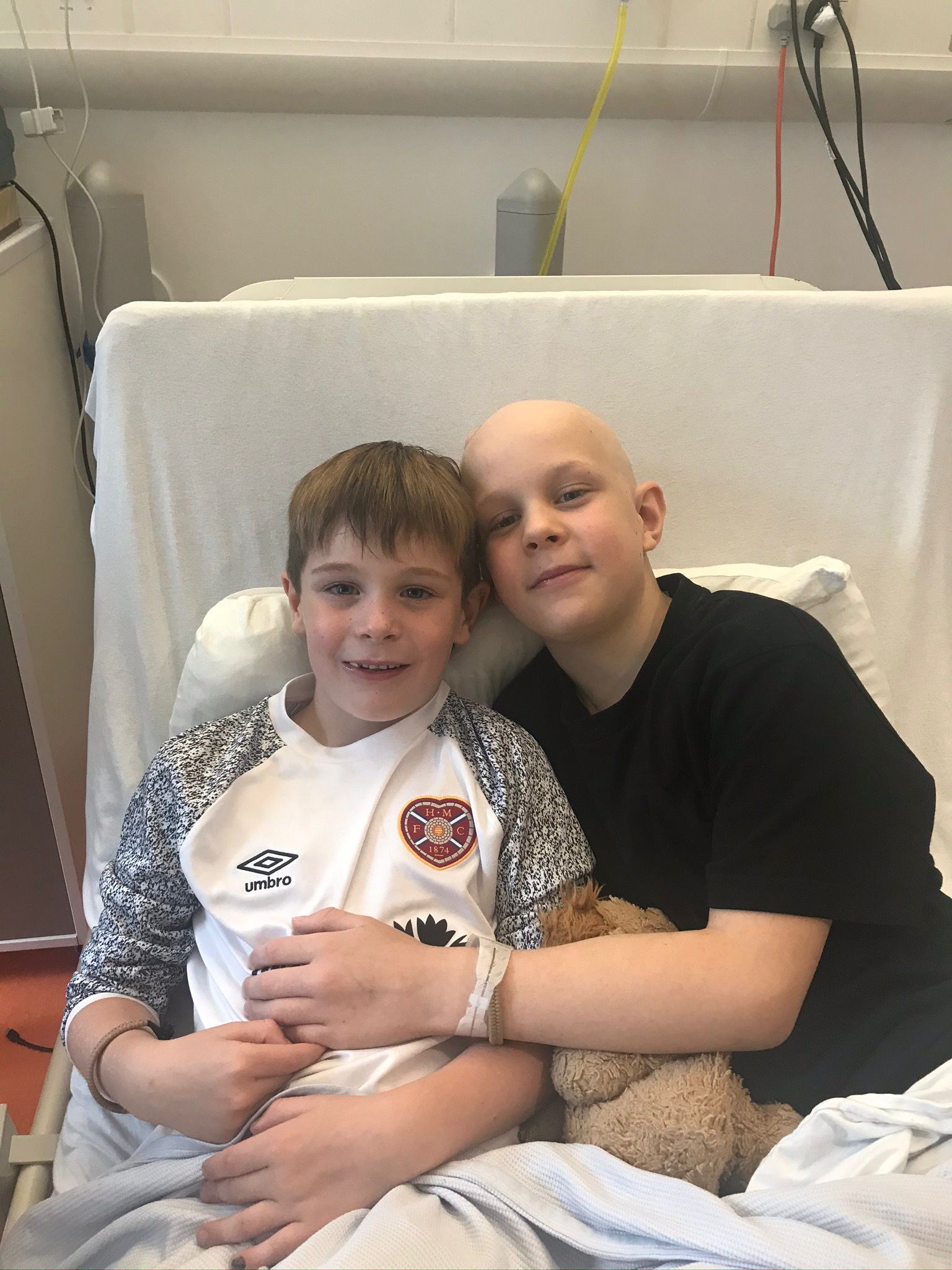 “For Leo, hearing the word ‘cancer’ and learning that his hair would fall out was devastating, but what affected him most was not being able to do the usual ‘kid’ stuff.

“He took his cancer treatment on the chin, but it was missing out on doing things with his friends that he found really hard. His class started swimming lessons without him and he had to miss birthday parties, and that broke his heart.

“His rounds of chemo lasted six days at a time, with Leo stuck in bed and hooked up to IVs for the duration. Between treatments, he was meant to get home for two weeks but often he would become unwell and have to go back into hospital. It’s so hard for them to be in and out, in and out.

“It’s the most heartbreaking thing, seeing your child upset, but they need you to be strong for them.

“Your head’s going crazy but you have to try to be positive and focus on what needs done next – ignoring the overwhelming situation that’s threatening to break you.

“You’re also fighting with guilt as your family is separated. I felt awful being away from Leo’s brother Harry, and just desperately wanted us to be at home all together.

“The only thing that makes it easier for you as a parent is knowing they’re doing ok. When he was having chemo, Leo was pretty much bed bound. You’re not really sleeping and the days are so long, so having people from ECHC pop in to keep him entertained was such a relief. When I knew he was comfortable and happy, I could be comfortable and happy too. You feed off your child for strength – and he has been so strong and so incredible throughout.

“It doesn’t get any easier, but as we go on, the fear is less intense. A nurse said to us, ‘You’ll be sick of me by the time you’re 21!’ and that made my heart sink as the reality hit us that this is long term. He will need ongoing treatment.” 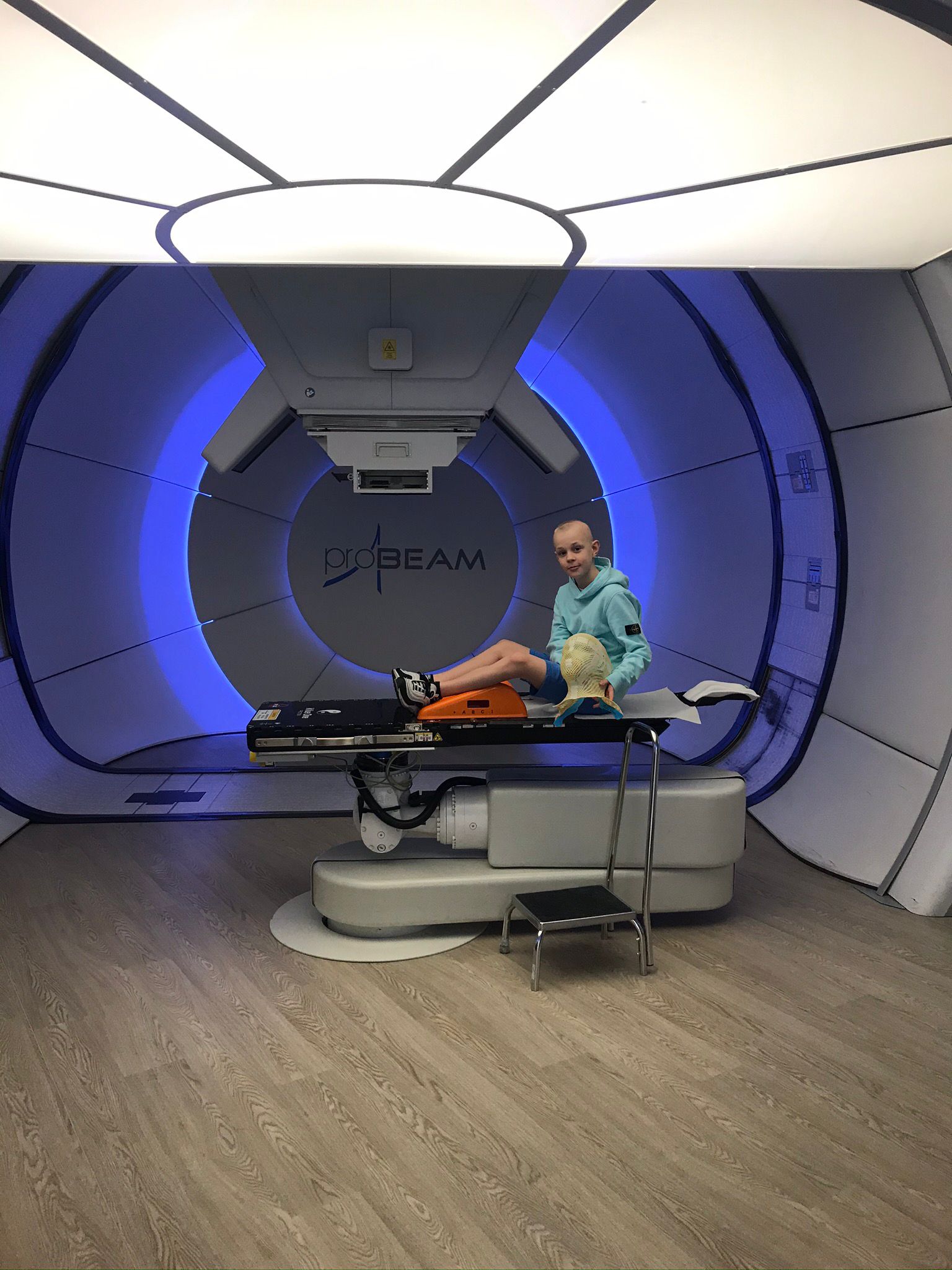 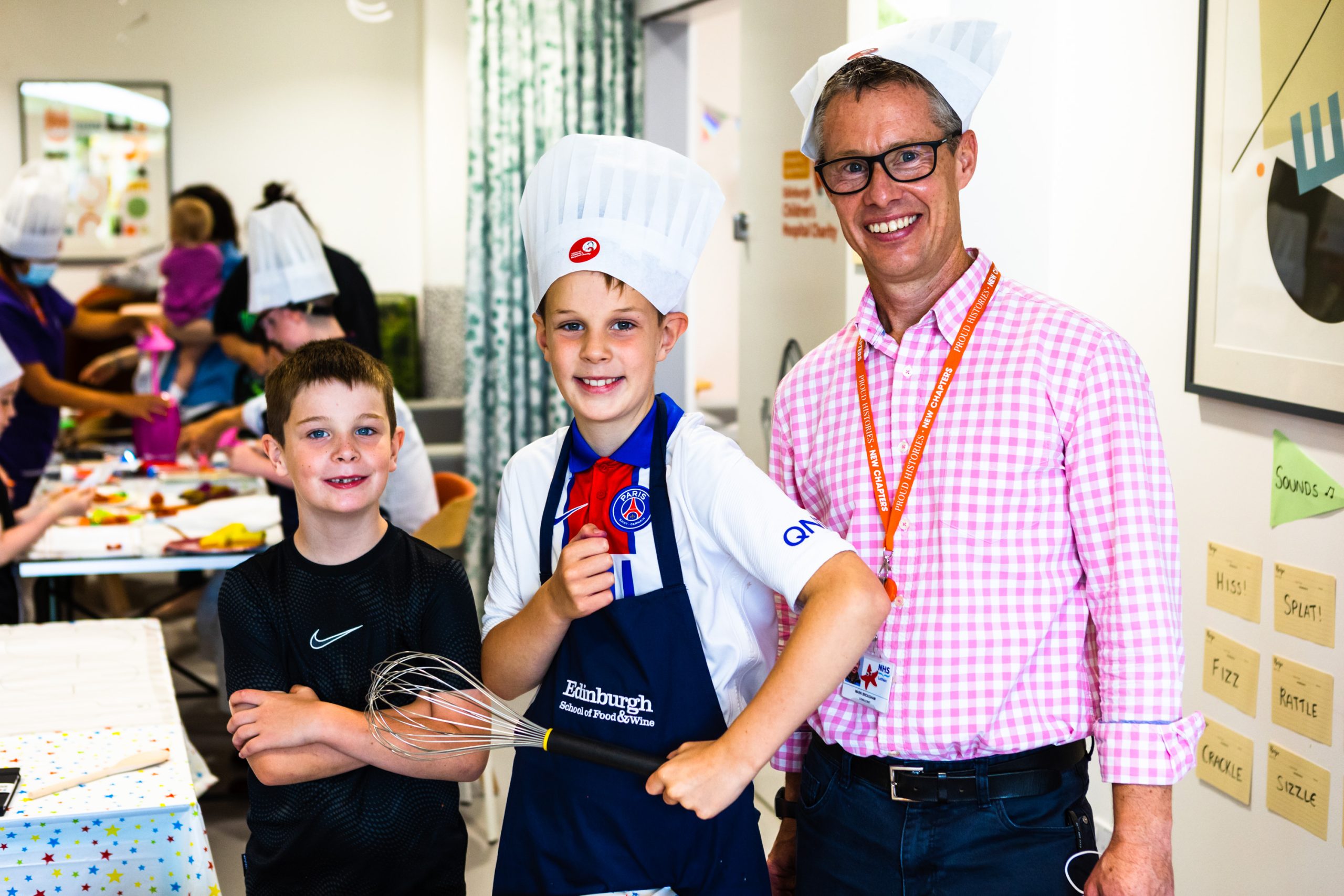 Leo is one of the superstar chefs for our upcoming event ‘Come Dine with ECHC’. Together with Doctor Mark Brougham from Lochranza, they have created a brilliant bone marrow starter which will be served to lucky guests next Thursday evening!

“Leo is quite a creative wee guy and has absolutely loved doing Come Dine with ECHC with Mark. In case they had to up his chemo for the last round, Leo had a stem cell harvest so this is where their bone marrow inspiration for the starter came from!” – Sarah

Your donations make all the difference to seriously ill children like Leo and his family as they go through the toughest of hospital journeys. If you can, please consider making a donation today. 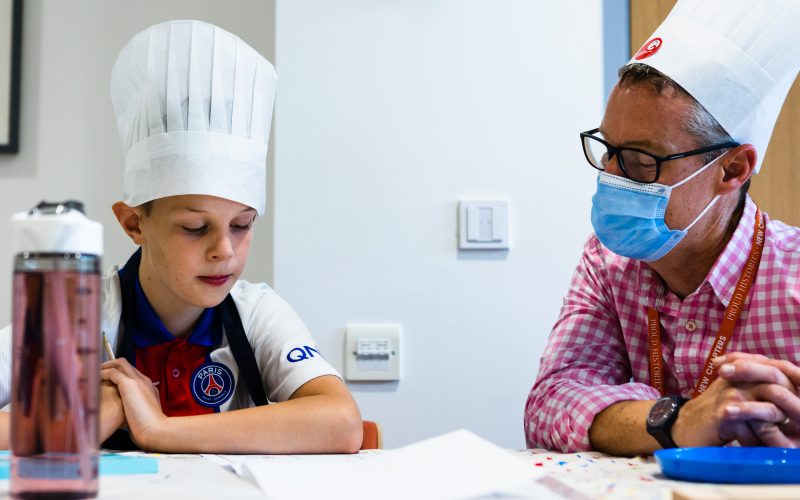 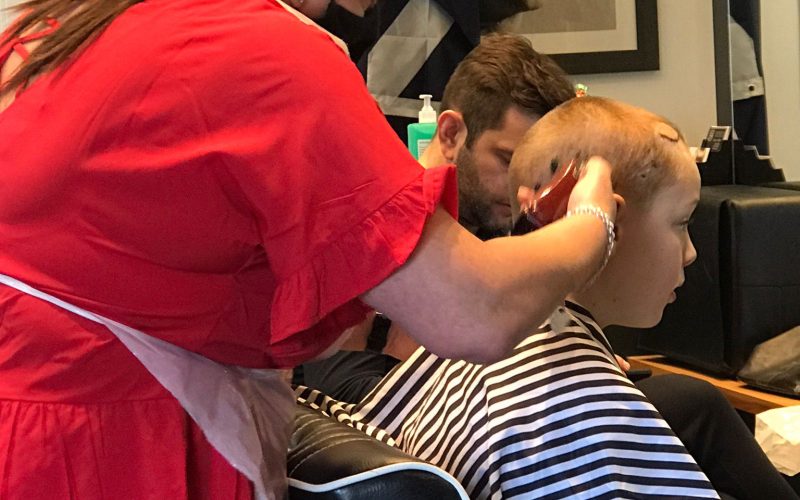 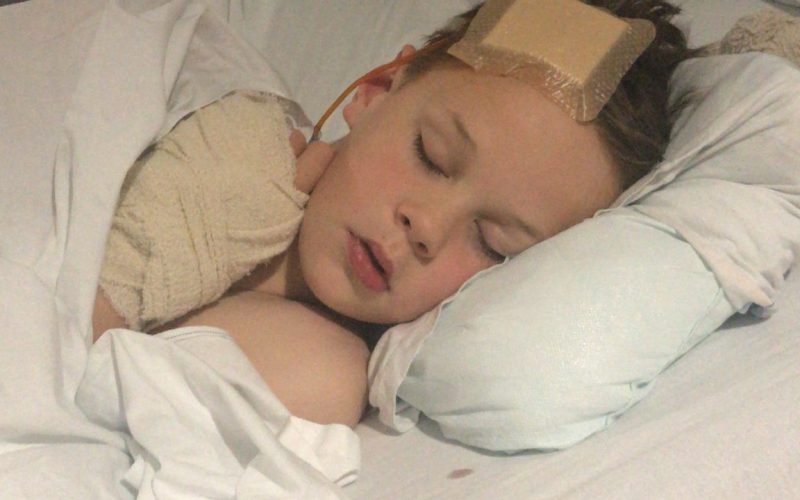 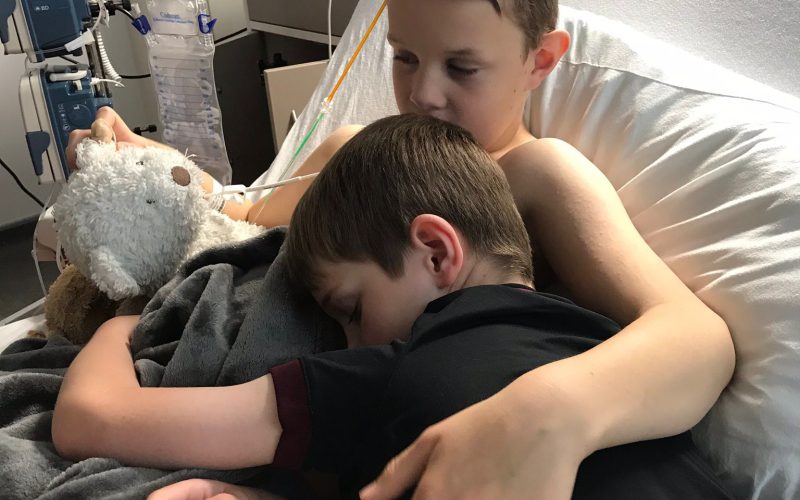 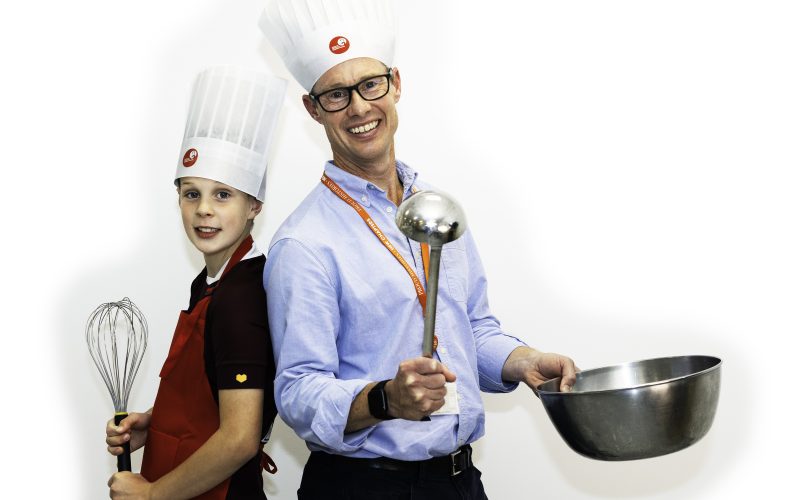 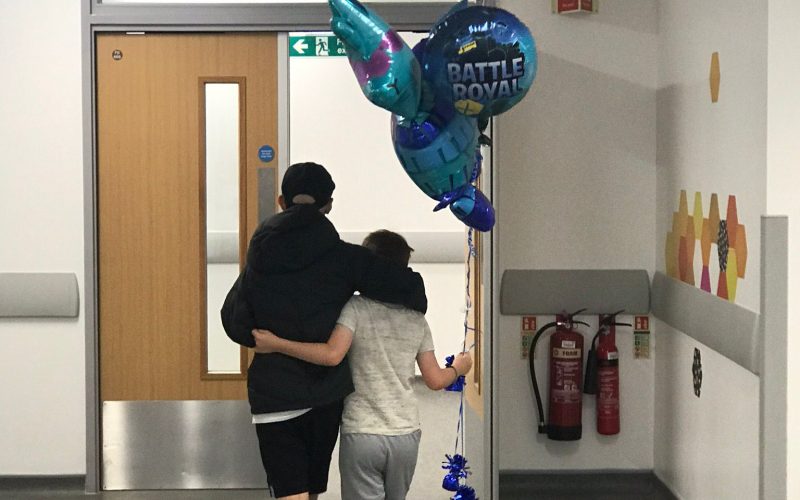