Mad for the Miles

In 2020, following months of difficulty sleeping and struggling for breath; little Orla was diagnosed with severe obstructive sleep apnoea and was booked in to have her tonsils removed in February 2021.

However, in December 2020, the day before her 3rd birthday, Orla started to be sick and lose balance. After various consultations with the GP, doctors and A&E, she was diagnosed with a brain tumour.

Orla’s dad Jan said: “Orla was too young to communicate her true feelings but it was clear that she was scared and anxious – just like us. She was also extremely weak when she was admitted to hospital and remained like that for some time.

“Orla had an operation to remove the tumour, a second to attempt to repair the wounds that leaked, another to install a lumbar drain and when that operation also didn’t work; a fourth to install a shunt. In between operations she had periods of being very sick and lost a lot of weight.

“Covid-19 made everything more difficult as the restrictions meant that we could only have 2 visitors assigned for the duration of Orla’s month long stay, and only one at a time. This meant that my wife Mhairi and I could visit Orla separately but no other family members could see her for a long while, which was very upsetting for us all.

“Despite this, as Orla began to recover in between the operations, she had periods of being the happy, cheeky girl we know and love – which was all down to the wonderful nurses and play staff at the hospital. She had access to the excellent playroom, toys, films and most importantly, the arts equipment. She absolutely loved painting, colouring and creating dino models!

“For us as parents it was awful; worrying, upsetting and stressful, but what helped us was seeing how fabulous all of the hospital staff were with Orla and the other patients. We are so grateful for the care she received and can’t thank them enough.

“Orla has had two follow-up MRIs and both have been clear which is great news and such a relief. Orla’s next scan will be January 2022 and follow-up MRIs will continue for the foreseeable future. It took a while to regain her strength and energy but she has been so brave and is doing well.

“I chose to raise money for the Edinburgh Children’s Hospital Charity in recognition of the great care that Orla received in hospital and the positive impact activities and facilities can have on children.

“We decided to do a 1000 mile cycle challenge – and when our ECHC t-shirts arrived, Orla immediately said ‘That’s a hospital t-shirt!’ which shows that the charity, activities and play staff are clearly something that she remembers. Both Orla and her brother love wearing the t-shirts for the cycles we go on together.

“This has been a difficult year for many reasons, most notably Orla’s illness and hospital stay; but I am pleased to say that cycling has been really beneficial for my physical and mental health.

“Family and friends have been so generous with their donations and support and many of them have kept me company on my rides too. We were delighted to raise over £1700 for ECHC in our Mad for the Miles challenge!” 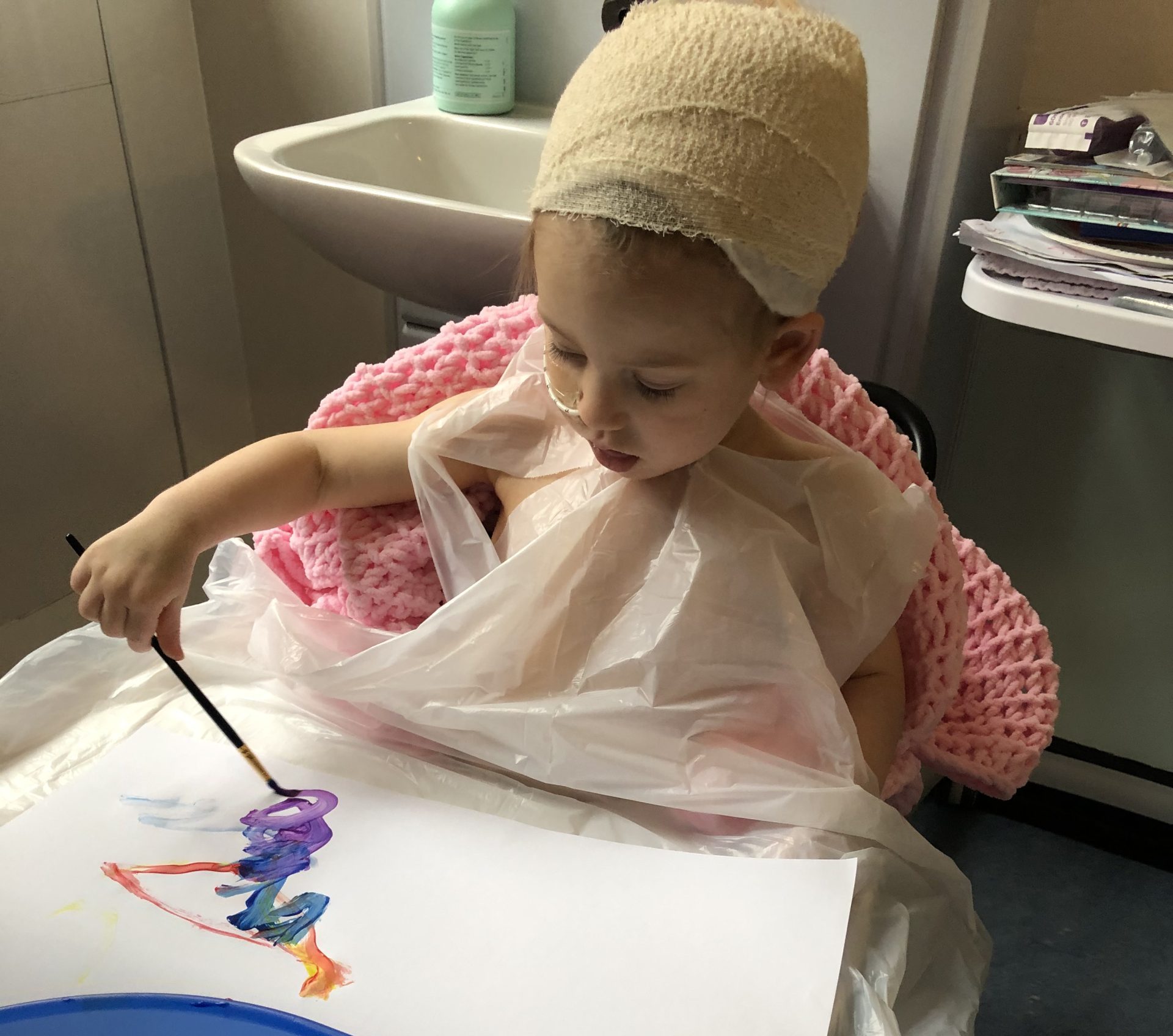 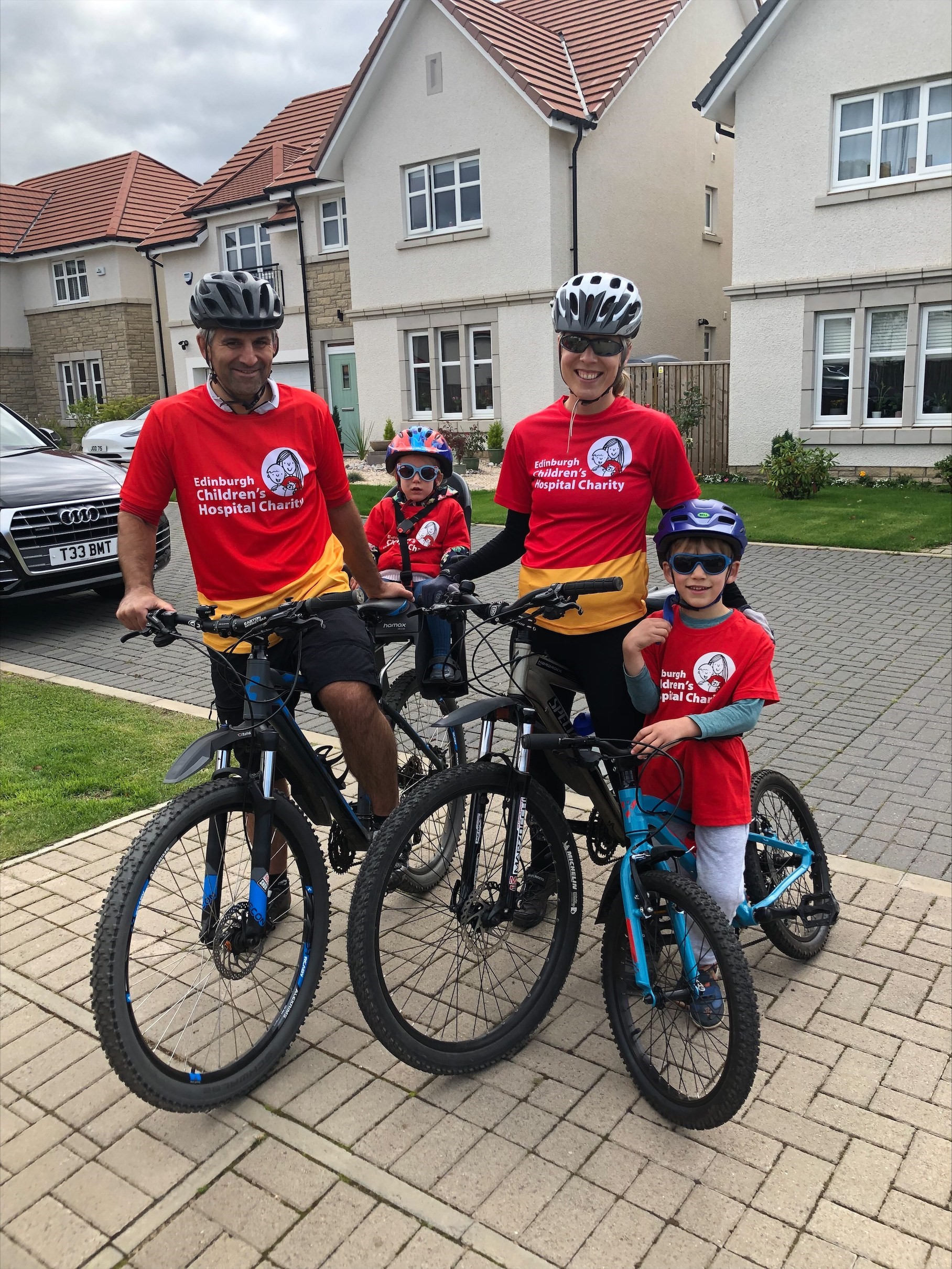