The charity champions, including Spider-Man and Buzz Lightyear, took part in our virtual Lap the Map race between ECHC and Glasgow Children’s Hospital Charity to see who could cover the distance around the Scottish coastline, and then the equator, the fastest!

As part of the challenge, the gang completed an epic 22 mile run in full costume, starting from Glen Gates in Dunfermline and finishing up outside the Sick Kids to wave to their many fans gathering at the hospital windows.

The heroes raised a phenomenal over £11,000 for ECHC and undoubtedly played a huge part in securing Team Edinburgh’s Lap the Map win against Glasgow!

Not satisfied with raising such an incredible amount, ‘Spider-man, Wonderwoman and Wolverine’ went on to complete a 49 mile run from the Royal Hospital for Children in Glasgow to the Sick Kids and a 10hr trek forward and back across the Forth Road Bridge – all in full costume!

Some of the dedicated bunch also joined our Skydives in 2021. There’s just no stopping the extraordinary efforts of this gang of heroes. To infinity and beyond! 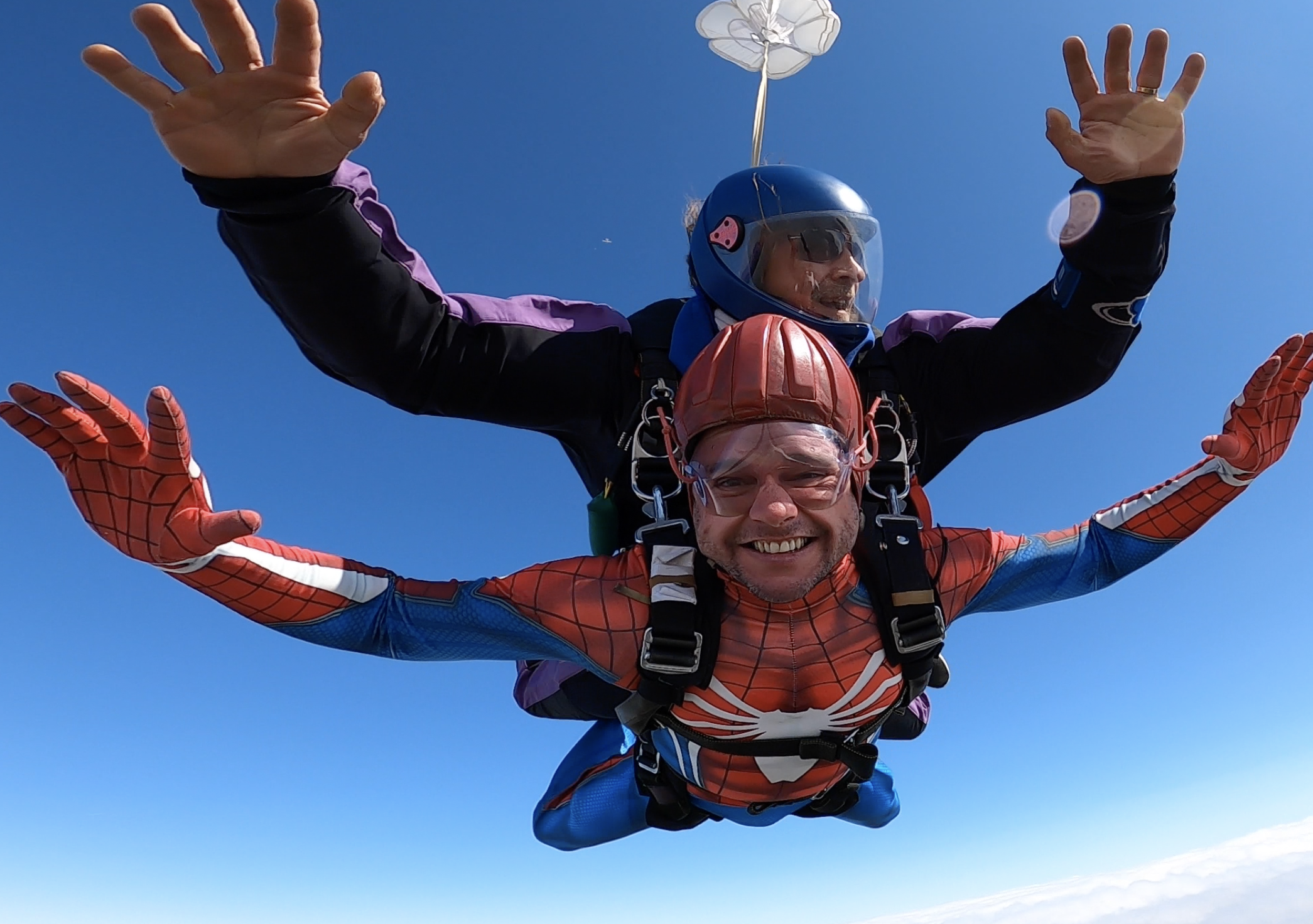