How a bump on the head saved Brodie's life

In July 2019, Brodie (3), suffered a bump on a trampoline and was complaining of neck pain. A few weeks later, he started being sick, his posture changed and his neck pain was getting worse.

“We took Brodie to see the GP and were immediately transferred by ambulance to Edinburgh’s children’s hospital, where he was diagnosed with Posterior Fossa Anaplastic Ependymoma – a brain tumour,” says mum Kirstie.

“The cancer diagnosis came as such a shock and we were absolutely devastated – but we were ready to fight to give Brodie the very best chance.”

Brodie’s first surgery took place the next day, with a second surgery just a few days later. Around 70% of the tumour was removed, but chemotherapy hit him hard, and he spent the next three months in hospital as he was very poorly. 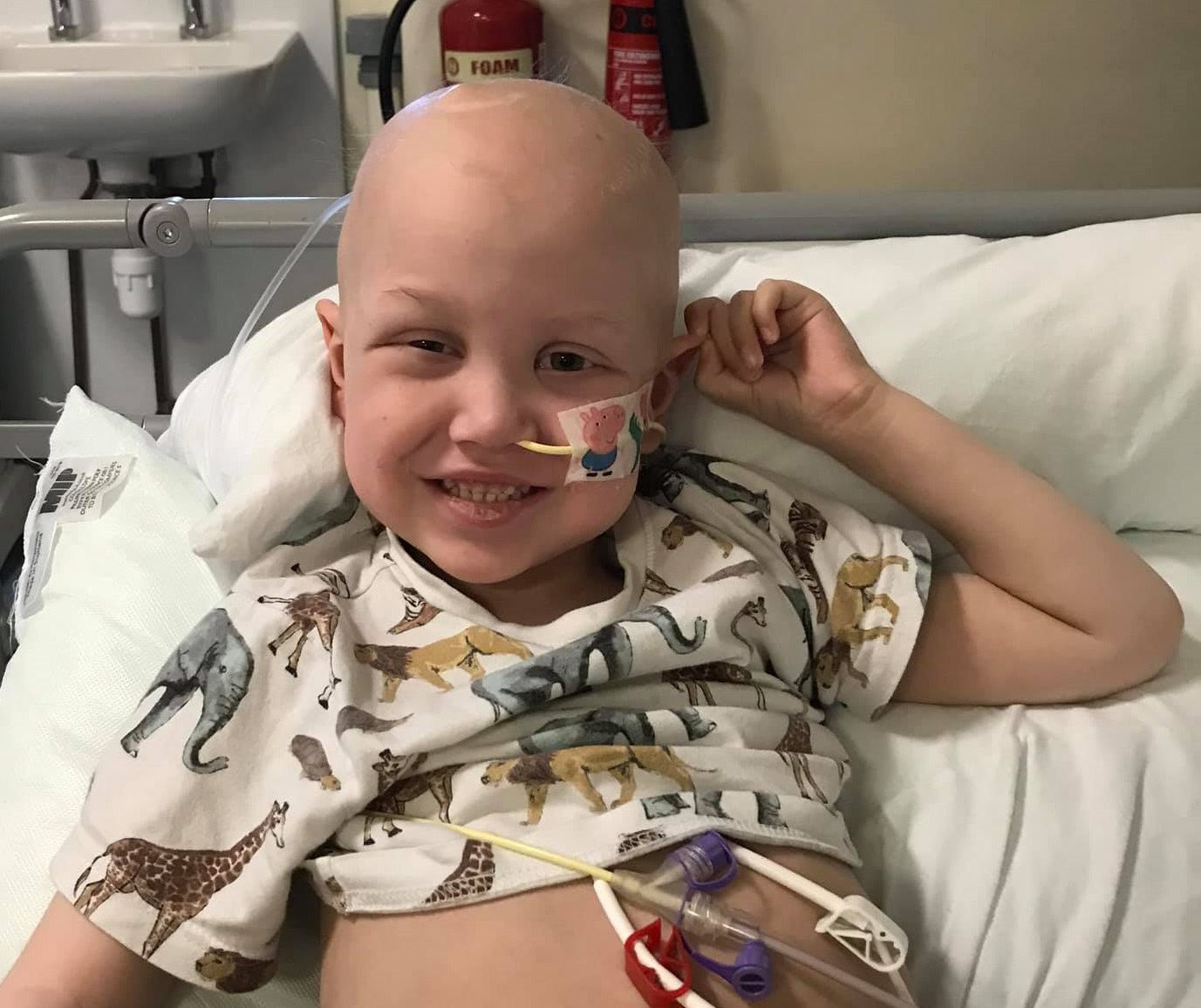 The trampoline bump turned out to be a saving grace. We were told that if he hadn't hit his head, it could have been a long time before the tumour was spotted. 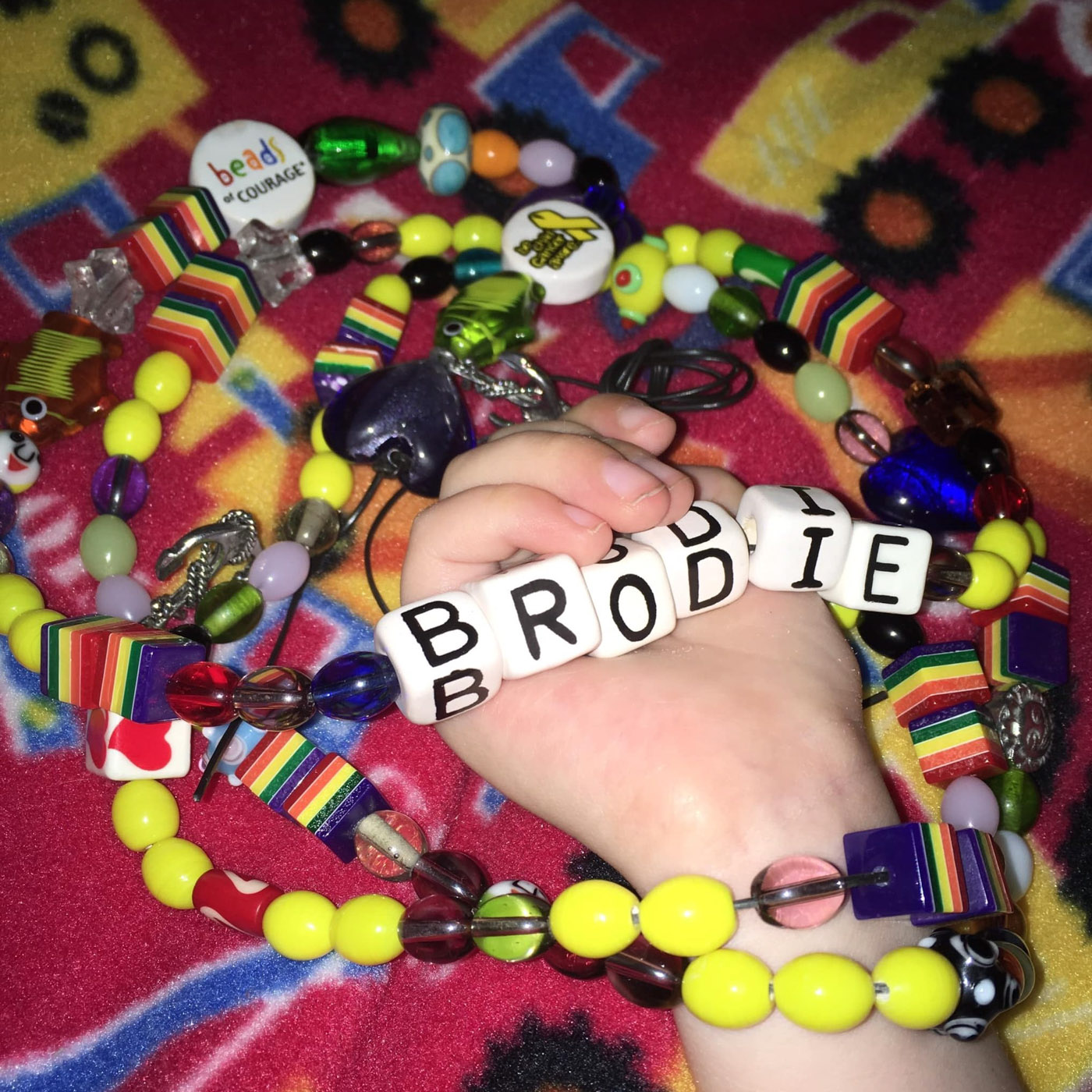 “There were many ups and downs, many tears and challenges to overcome, but Brodie enjoyed his time in hospital, thanks to the amazing staff and ECHC.

“He has a very long string of ‘beads of courage’ which he is so proud of as each one represents a treatment and milestone.

“He and his sister Indiana always loved the arts and activities and would wait in anticipation for Rhys with his guitar – he even personalised a song just for Brodie and would treat him to his own personal concerts. These sessions always gave us something to look forward to.

“We also enjoyed bedtime stories, more music, dancing and magic from friendly faces who were never in a rush and didn’t mind if there were 10 children to entertain or just one joining in. The visiting artists were such an important part of Brodie’s hospital life.

“The Drop In Centre (now called The Hub) was also a lifesaver for our family. When Brodie was well enough, the four of us would pop over to watch a movie. We often went months without sitting on a sofa. Being able to just cuddle up together as a family was an essential part of Brodie’s recovery and overall wellbeing.

“Brodie still has scans every three months and he will continue to receive outpatient care at the new children’s hospital for years to come.”

“ECHC brings that extra special element that makes all the difference. We are very fortunate that, thanks to the charity and the hospital staff, we know we will be looked after in the same wonderful way at the new hospital.” 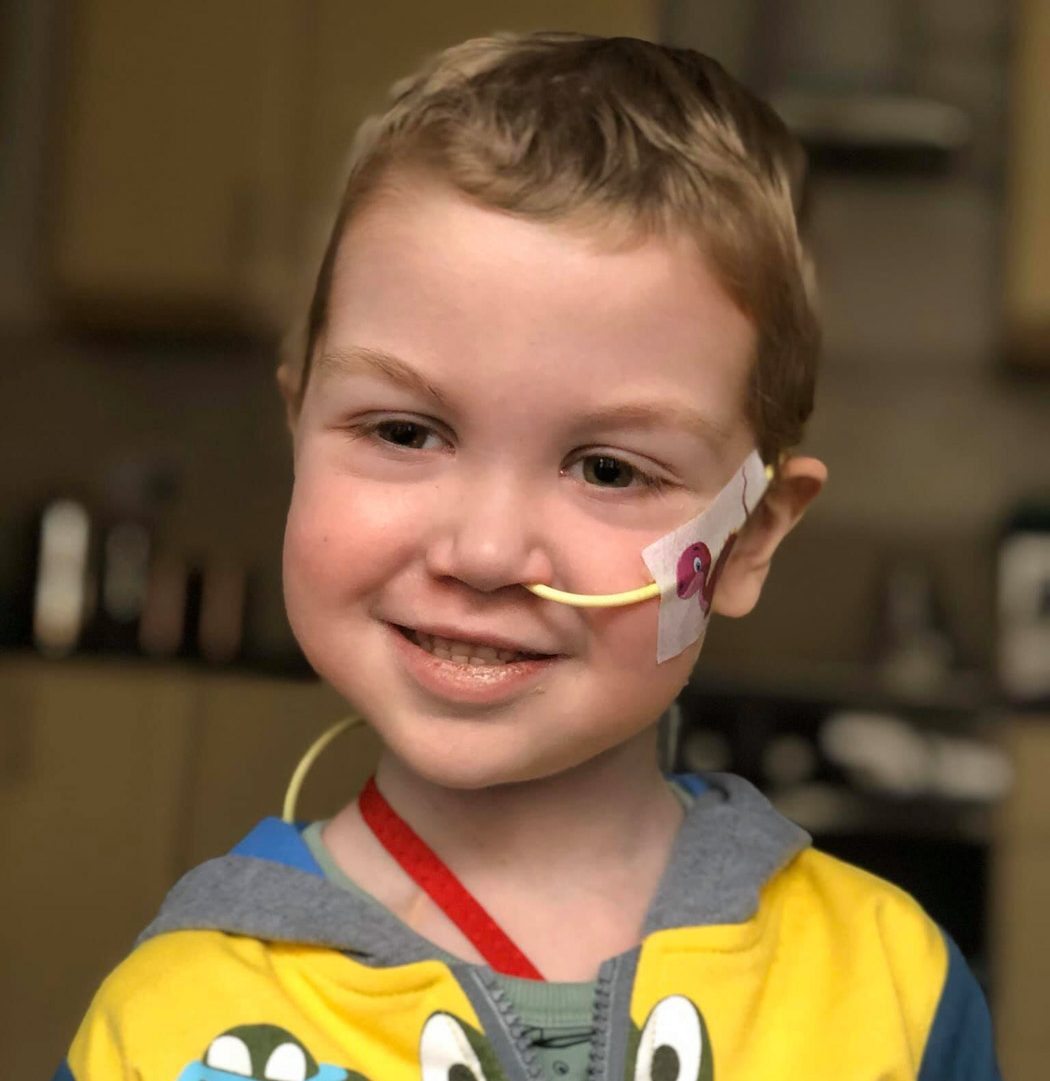 Could you help a family like Brodie and Kirstie to have a positive hospital experience? 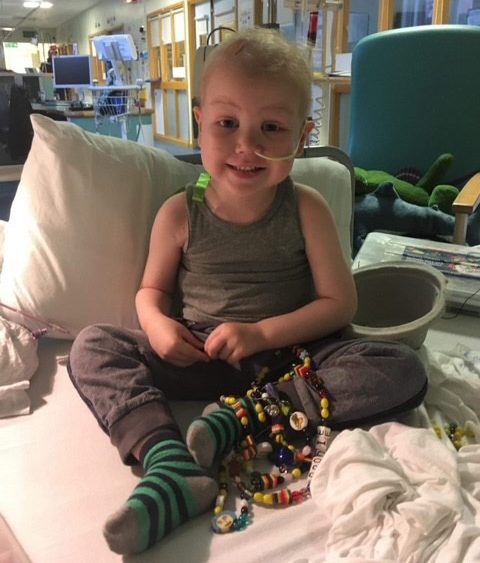 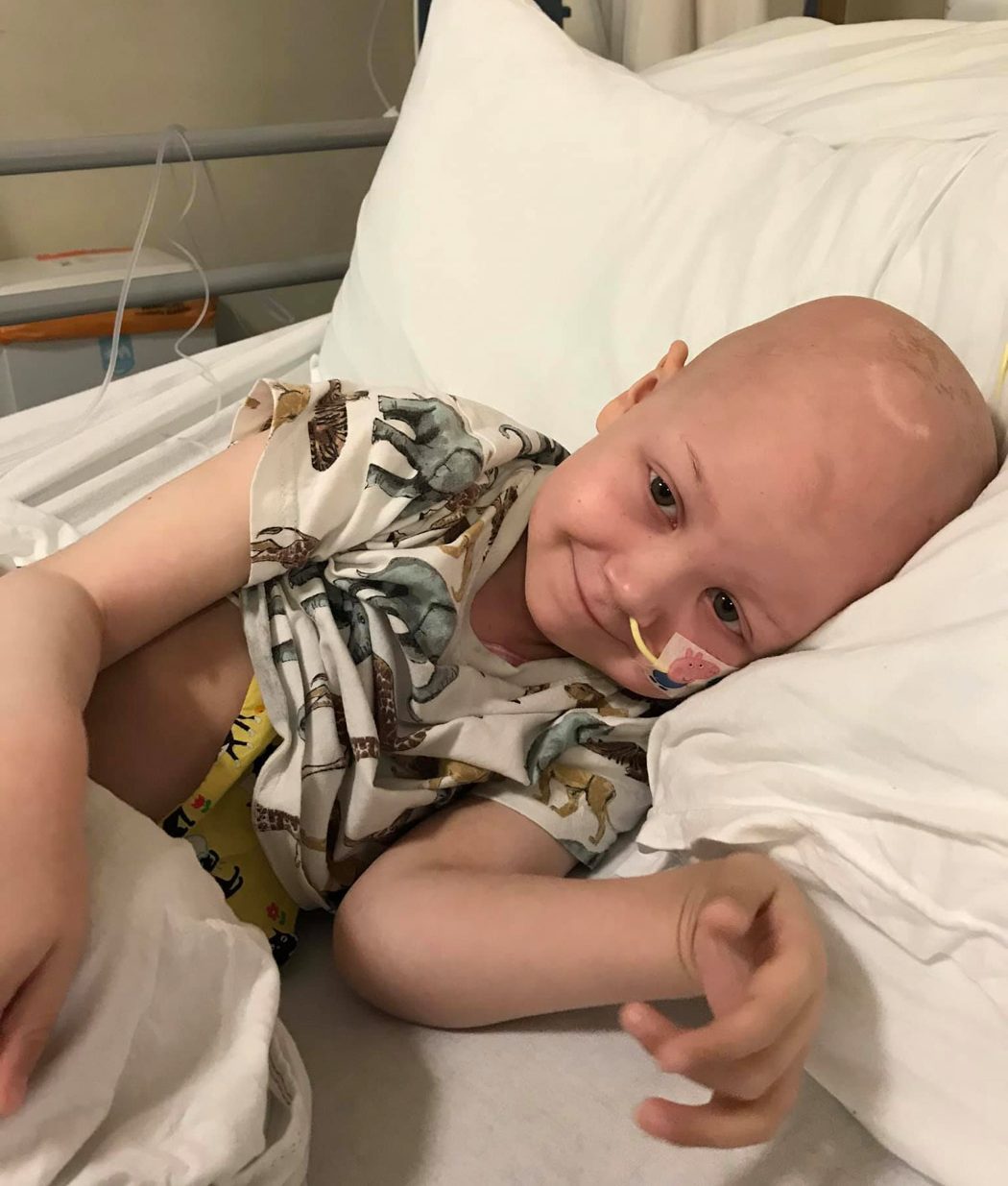