Noah (now 5) was born nine weeks early, weighing just 3lb 10oz. As well as being very premature, he was born with Tracheo-Oesophageal Fistula (TOF) meaning his oesophagus wasn’t connected to his stomach. He and his family have since spent three of his five Christmases in hospital.

Mum Rachael says: “Just a few hours after Noah’s birth, we were blue lighted to the children’s hospital. When we arrived, everything was going at a million miles an hour. He was admitted to ICU and we were told that if he made it through the night, they would operate the following morning.

“Thankfully he did, and after his life-saving surgery, we spent his very first Christmas in the neonatal unit. You can’t stay there overnight, so waking up in a different place from our baby on his first Christmas morning was absolutely heart breaking. 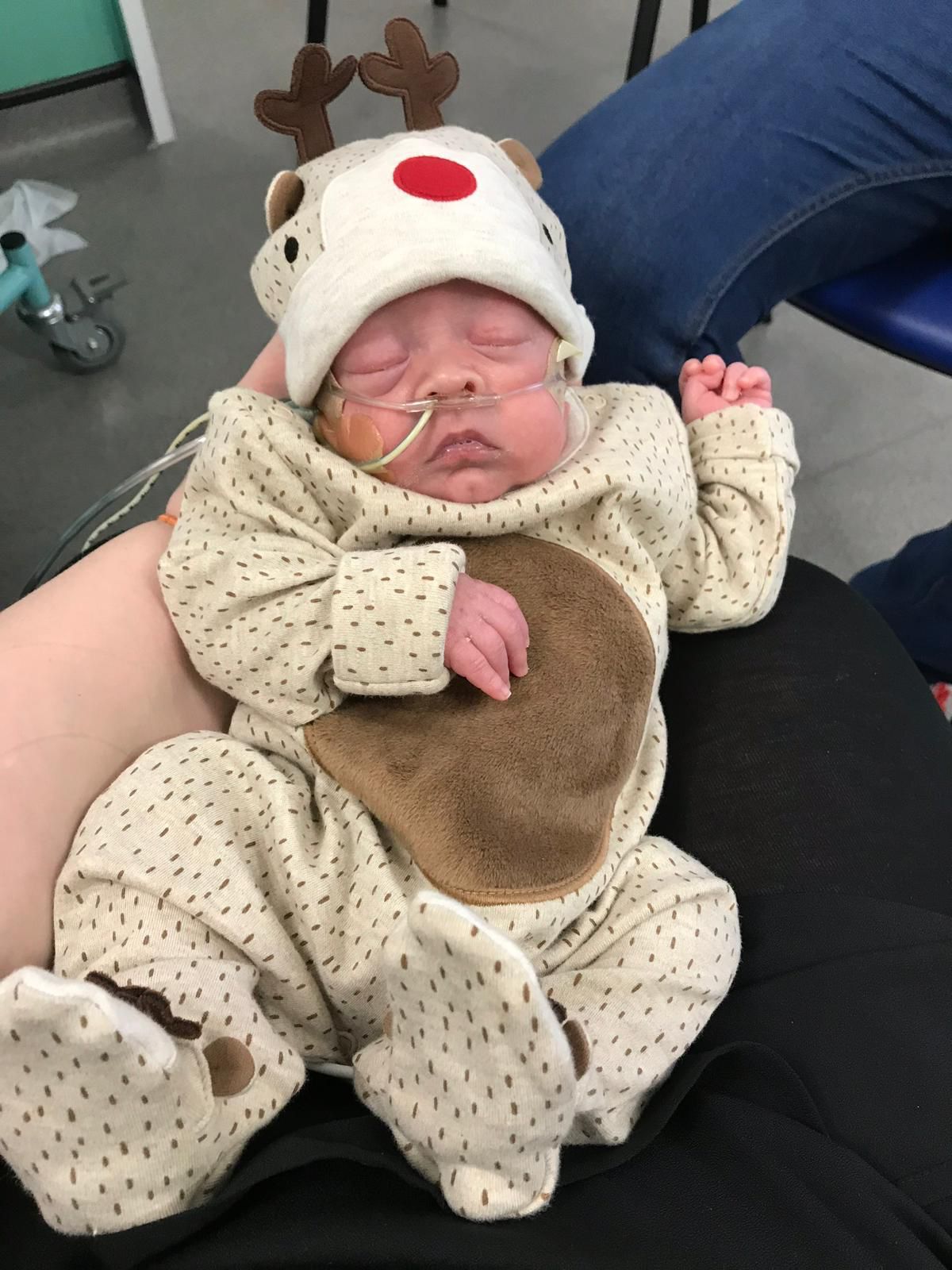 Dear Santa, this Christmas I just want to be better. 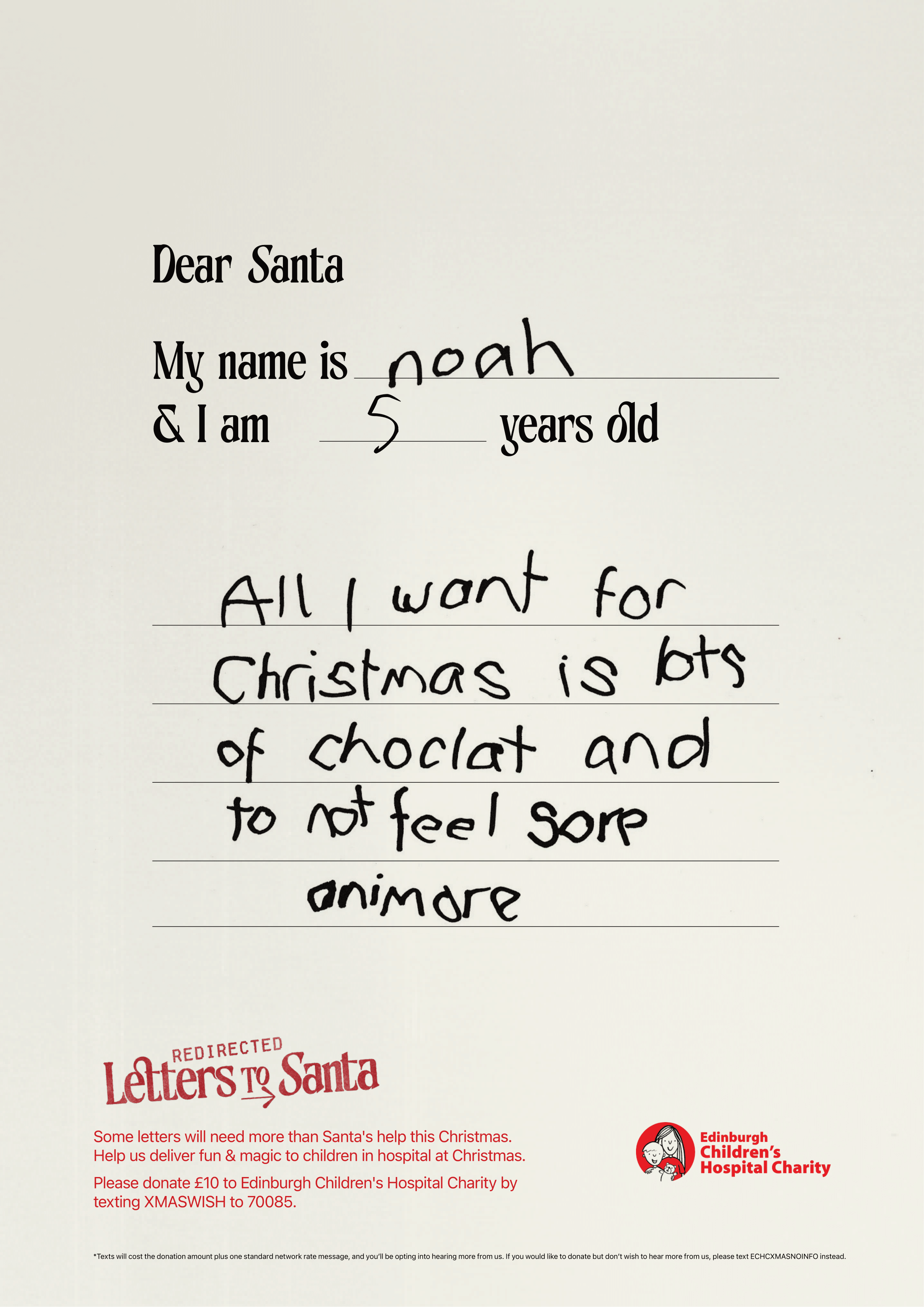 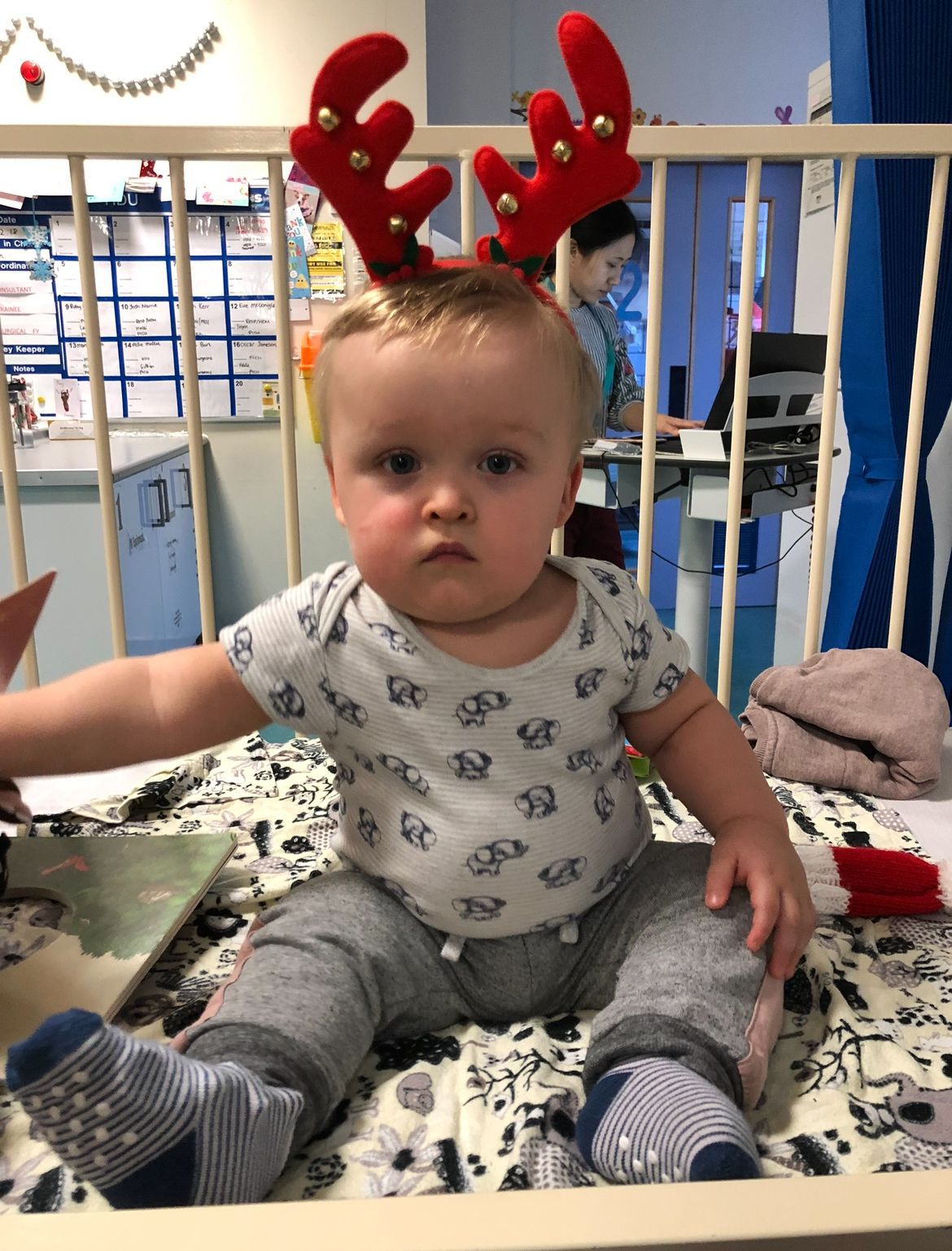 “We were discharged in the February but just five days later, the unimaginable happened when he stopped breathing. He was completely lifeless and grey. I tried CPR but I was just crying into his mouth. My husband took over and managed to bring our baby back to us. Again, we were rushed to hospital and he was put into a coma to allow his little body to recover.

“After nine long months of hospital stays, we thought our boy was home for good. But on Christmas Eve, we were cosied up in our matching pyjamas when Noah started to choke, then he turned blue. It was terrifying. We found ourselves back in hospital, this time in high dependency, for his second Christmas.

“Over the next three years, he was in and out of hospital almost every week. And the whole time, ECHC and the incredible team at NHS Lothian were by our side, helping to bring a little bit of normality. ECHC provided accommodation, meal vouchers, massages when I was so incredibly stressed, and somebody to talk to.

“And every Christmas he has been in, the charity and hospital teams have made it so special for him. They made sure Santa knew where to find him and he would get so many presents! He talked the play specialists’ ears off telling jokes and the nurses became more like his aunties. 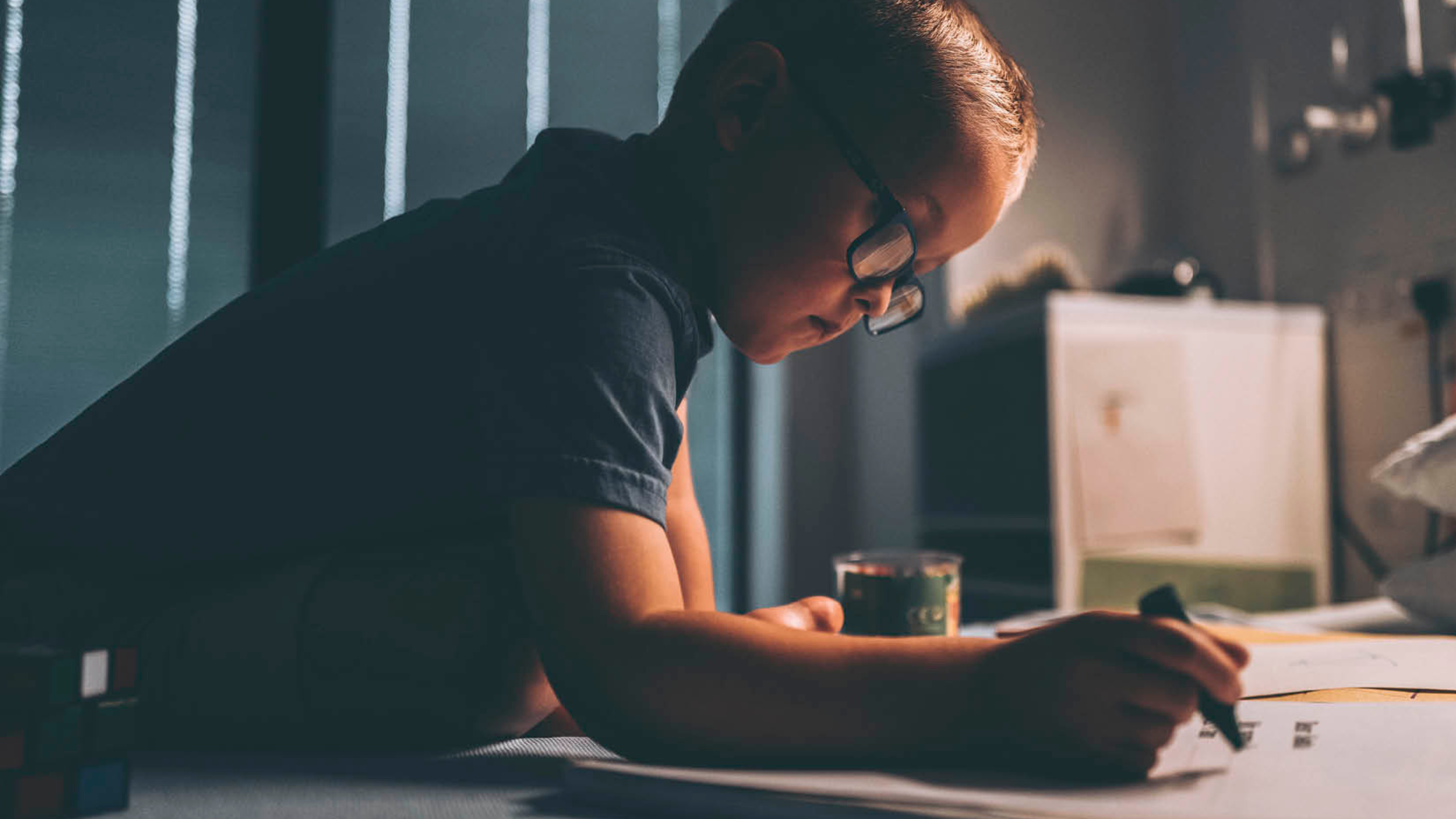 “Noah is now 5, and thankfully his admissions have become less over time. This Christmas, he has asked Santa if he can feel a little bit better, as we would love to spend this year at home. However, we know this won’t be the case for many families.

“For your child to be in hospital at any time of the year can be hard, but for them to be in at Christmas makes it all so much harder. Thank you so much to everyone who donates. It means so much to families like ours having to spend this time of year in hospital.” – Rachael, Noah’s mum

Some letters will need more than Santa’s help. Whilst you can’t stop their pain, you can deliver happiness to children like Noah facing a hospital stay this Christmas. 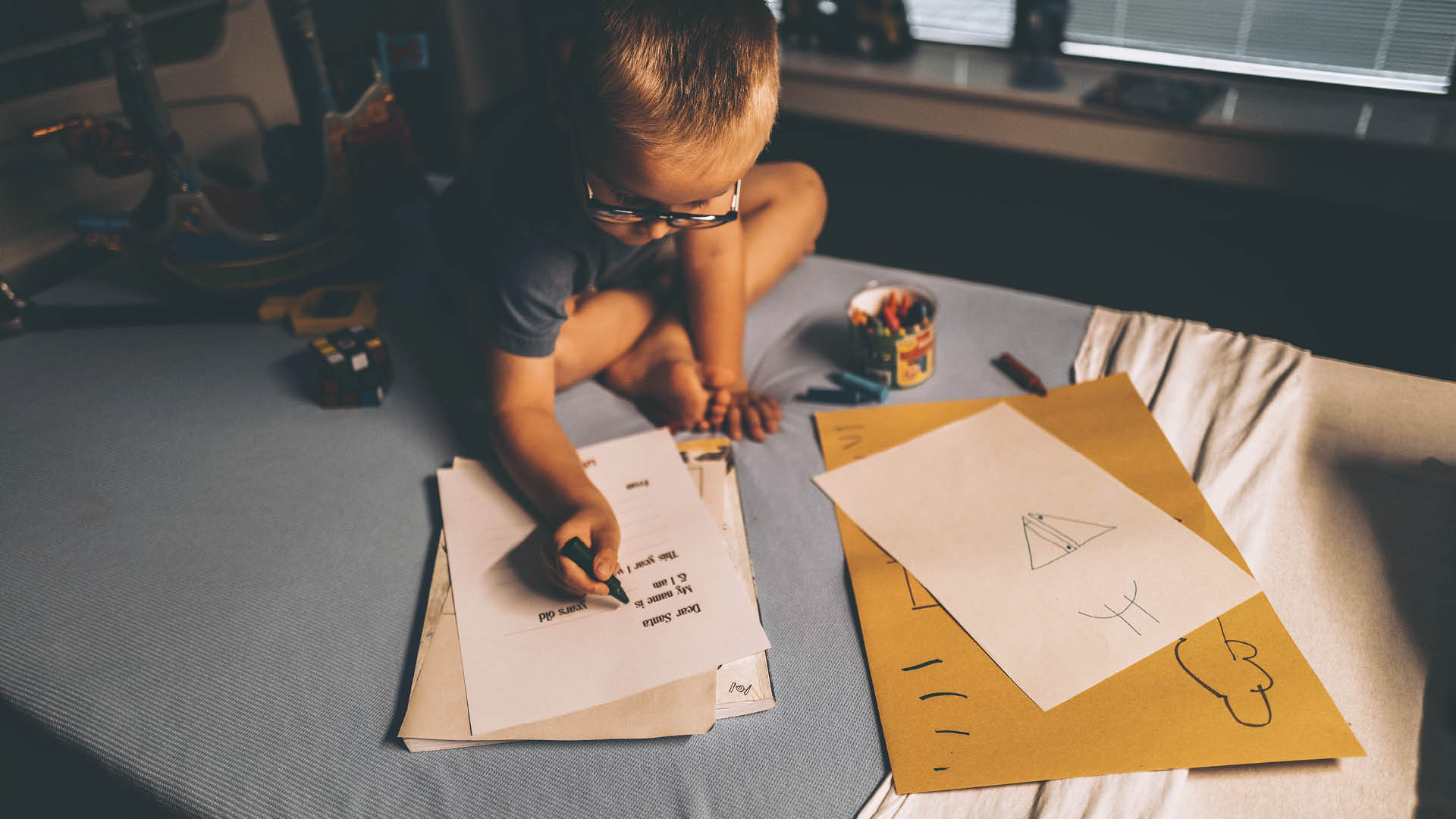 Noah is the star of our STV Christmas advert this year! Watch him in action below.